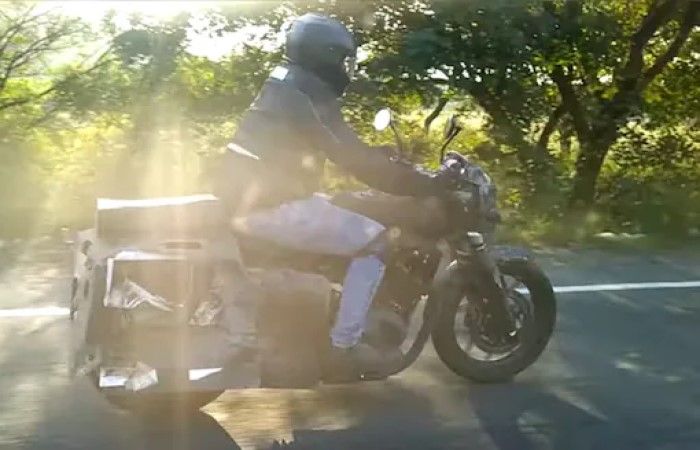 All New Royal Enfield Hunter is going to launch in 2022, the bike will fall in the 350cc category to join Royal Enfield Classic 350, Meteor 350, Bullet and Thunderbird. The Royal Enfield is sort of ruling the 350cc segment and can be easily spotted in any region of India.

The 200-700cc segment will be getting more competitive in this year and upcoming years since other brands like Yezdi, Jawa, BSA who already have an interesting line up bikes in this segment and Bajaj-Triumph motorcycles are all set to launch their representatives later this year.

To stay on the top in this segment, Royal Enfield is planning to launch various new bikes in this segment such as new Himalayan Scram 411, a 650cc cruiser bike, Super Meteor 650 and 650cc bobber style bike. Many spy images have been captured of the new Royal Enfield Hunter 350 and the latest ones reveal the design of the bike to be on par with the Honda CB 350 RS which is expected be its rival.

Judging by the appearance Royal Enfield Hunter 350 styles a classic retro design, a round headlamp which is expected to get all LED lighting set up, a fuel tank which is teardrop-shaped, upright handlebar position and seat with a short rear section provided with grab rails. The black alloy wheels combined with a matte black curved fender give the bike a sporty appeal.

We might see the bike to be equipped with similar features from RE Meteor and latest Classic. Some of those features include a navigation pod which can be paired to rider’s smart phone and make the navigation easy, a USB charging is also expected and for safety measures dual channel ABS and disc brakes.

Royal Enfield Hunter will be provided with a 349cc single-cylinder, air-cooled OHC engine which will generate a maximum power of 20.2 hp and peak torque of 27 Nm. This engine is combined with a 5-speed gearbox via a slipper and assist clutch.

The Indian Born Company hasn’t released much details on the launch of RE Hunter 350 for the time being. But it is expected we can see the bike hit the showrooms anytime later this year.

The Upcoming Royal Enfield Hunter is going to rival Honda CB 350 RS and the Yezdi Roadster.