Volkswagen Virtus Launched at an Attractive price: Details Inside

Volkswagen has launched Virtus in India. This new Volkswagen car will replace Volkswagen Vento in the Indian market and therefore will compete with the likes of Honda City, Skoda Slavia, and Maruti Suzuki Ciaz. Volkswagen has launched the Virtus in India at a starting price of Rs 11.22 lakh. The launch took place just about three months after formally unveiling its new mid-size sedan to the world (ex-showroom). The Virtus will take the place of the Vento in the German carmaker's Indian portfolio.

The new mid-size car commenced production at the brand's Chakan factory near Pune in Maharashtra at the end of March. Around the same time, official bookings for the automobile began on the company's official India website or through authorized dealerships. Prices for the Volkswagen Virtus The base Virtus model with a 1.0-liter petrol TSI starts at Rs 11.22 lakh. 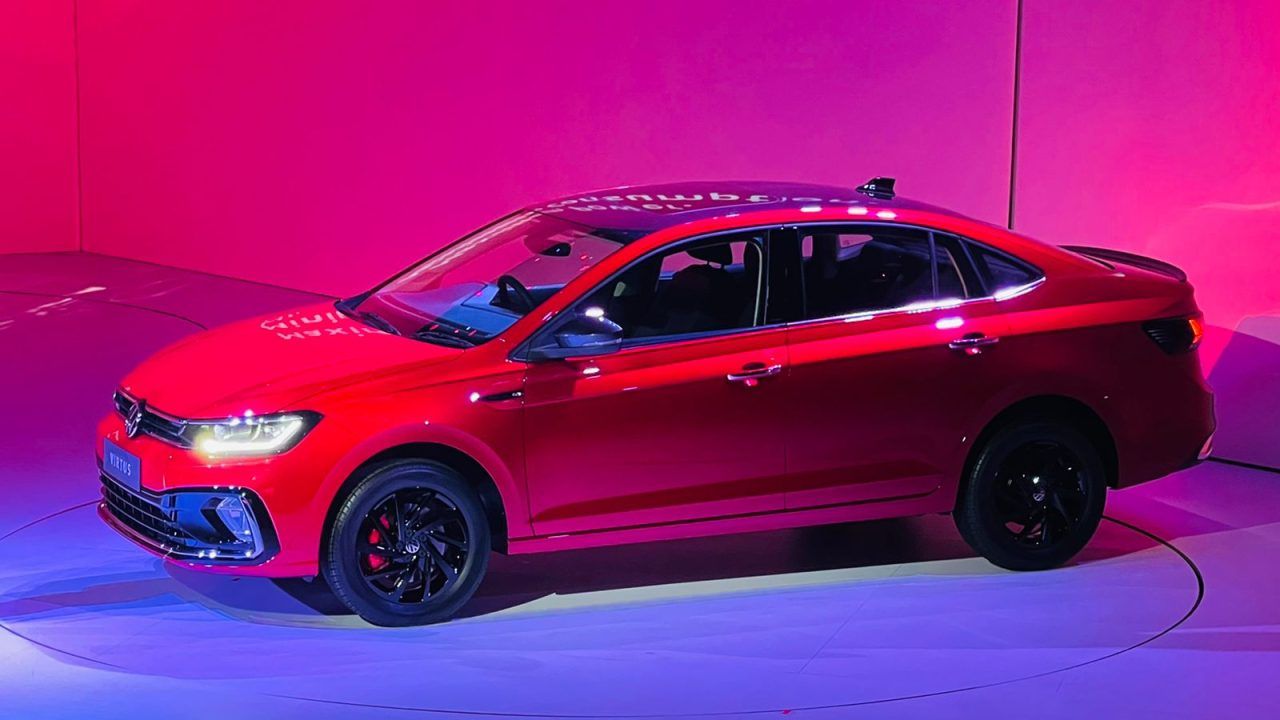 The Highline MT Virtus starts at Rs 12.98 lakh. The Topline 1.0 MT starts at Rs 14.42 lakh. The Virtus Highline AT starts at Rs 14.28 lakh, while the Virtus 1.0 AT starts at Rs 15.72 lakh. The GT Plus 1.5 EVO DSG is the most expensive model, costing Rs 17.92 lakh. All of the rates listed above are for a limited time only and are ex-showroom prices. The Virtus is built on the identical MQB A0 IN architecture as its SUV sibling, the Taigun, and the Czech family of Skoda Slavia and Kushaq. It's the German brand's second product as part of the Volkswagen Skoda Group's India 2.0 initiative. The sedan is divided into two distinct lines: the Dynamic Line and the Performance Line.

With a total length of 4,561mm, the Virtus is the longest sedan in its segment in terms of size. Along with Slavia, it has a class-leading wheelbase of 2651mm. Furthermore, it has a big boot capacity of 521 liters. Add to that, a sleek and basic exterior appearance that is typical of a Volkswagen sedan and is inspired by other vehicles in the brand's lineup. The Virtus, for example, has a large two-slat front grille flanked by updated twin-pod projector headlights and LED DRLs, which are similar to those found on the international-spec Polo. A large air dam with blacked-out inlays dominates the front bumper, which is bordered by a thin chrome trim. 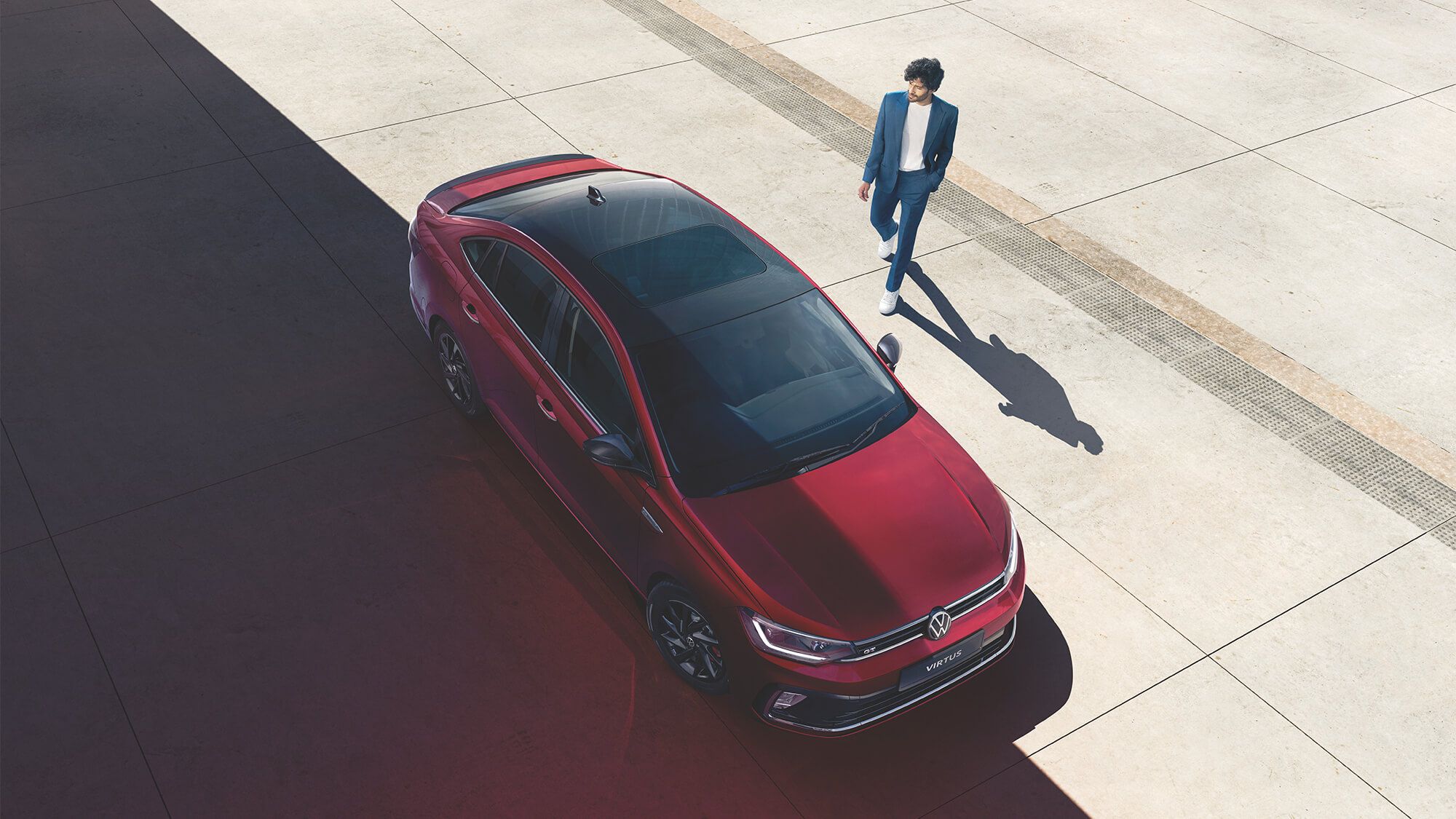 The rear end, on the other hand, is heavily inspired by Jetta, with wraparound LED tail lamps and chrome trim on the lower bumper. With a low-slung roofline and machine-cut dual-tone alloy wheels, the side profile of the Virtus stays clean and unobtrusive. To emphasize its athletic image, the GT variant includes sharper all-black alloy wheels with red brake calipers.

The GT variant's interiors are enhanced by red highlights around the dashboard and contrast red stitching on the seats and door trims, which add to the overall look. Six airbags, rear parking sensors, a tyre pressure monitoring system, electronic stability control, and ABS with EBD are among the safety features available. 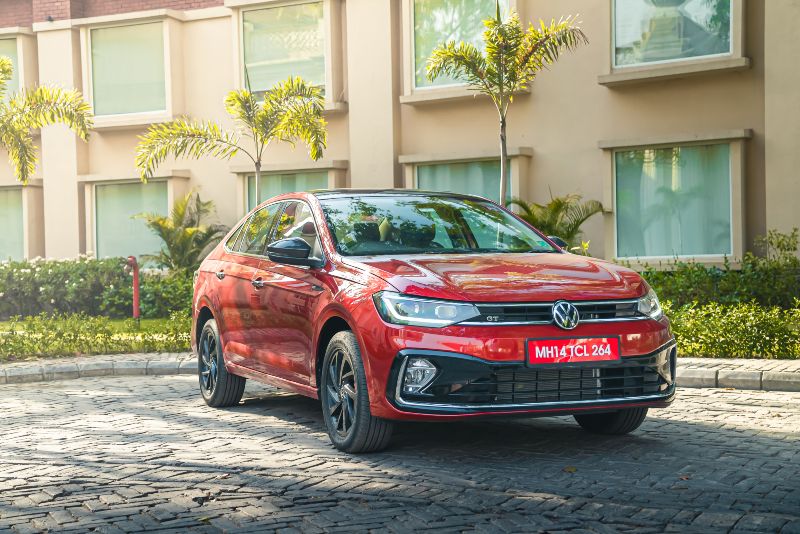 With the Virtus, Volkswagen offers two petrol turbocharged engine options: a 1.0-liter 3-cylinder TSI and a 1.5-liter 4-cylinder TSI. The former produces 114 horsepower and 178 Nm of peak torque, while the latter produces 148 horsepower and 250 Nm of torque. The 1.0-liter engine comes with a 6-speed manual or a 6-speed torque converter automatic transmission, while the 1.5-liter is only available with a 7-speed DSG transmission.