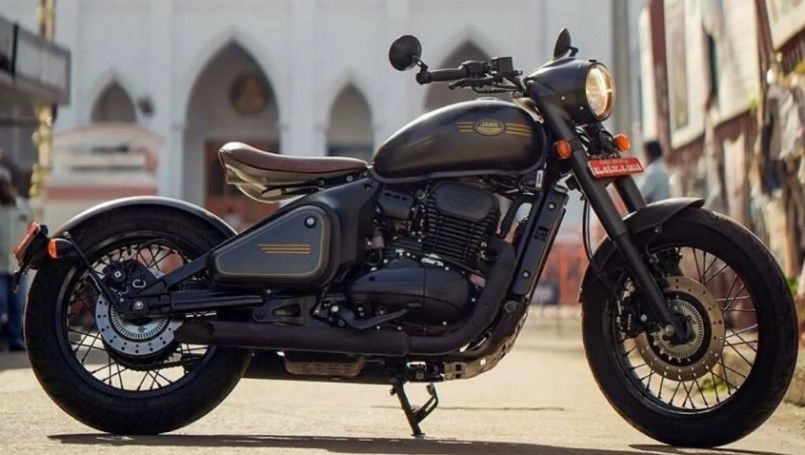 Cruiser bikes in India have a huge and competitive market with brands like Royal Enfield, Jawa, Bajaj and more launching their respective contenders. Indian population has a unique affection for these big beautiful machines which are also featured movies and music videos. These bikes come with great power, amazing road presence, and good comfort. Also considered as style statement by many Indians. A typical Cruiser bike has a very comfortable riding position with rider’s feet planted forward, erected spine, leaning backwards and an upright handle bar. Despite their large build, these bikes are able to move smoothly with little effort. Cruiser bikes are a perfect option for someone with a bigger physique who might look like a giant on regular sized bikes.

Here we will be listing best cruiser bikes in India currently available: 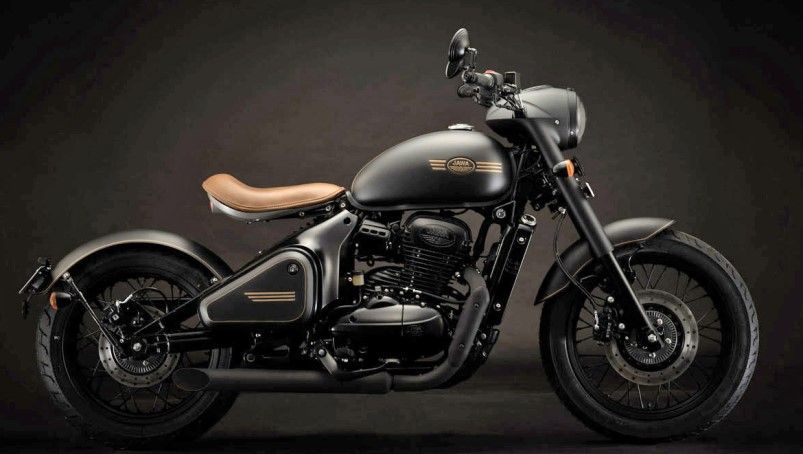 Jawa first came to India back in 1960 and to this day they have a cult of followers. Jawa has currently three motorcycle for the Indian market, Jawa Standard, Jawa 42 and Jawa Perak. All three bikes are in the cruiser segment and come with gorgeous designs which definitely adds to their road presence. Jawa Perak in particular is a bike which emerged from worn-torn Europe. The development of this iconic bike was a secret. The latest perak is inspired from its ancestors with features included according to the current trends. Perak is a 334cc engine bike with a 6 speed gearbox. The max power generated by the engine is 30bhp and peak torque is 32.74nm. For safety dual disc and Anti-lock Braking System (ABS) is provided. A classic halogen type bulb on the headlamp which adds to its retro vibe, whereas the taillights are LED. The bike come with a single seat with a low riding position. 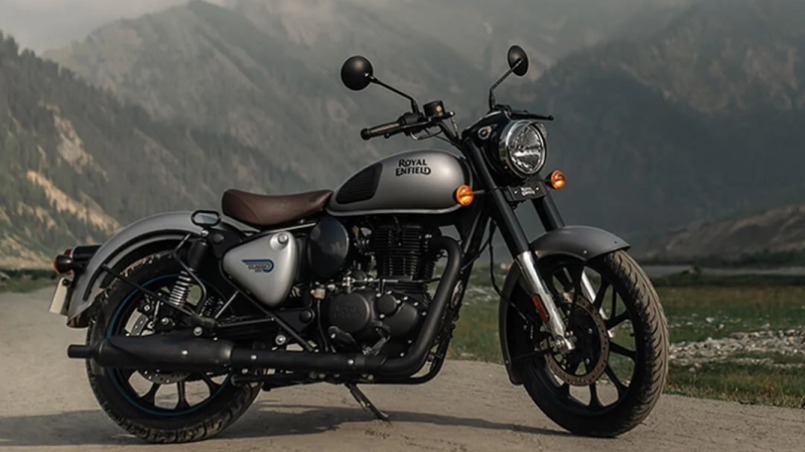 Royal Enfield is one of the biggest name in cruiser bikes segment. They specialise in developing higher power bikes according to the Indian market requirements. Royal Enfield has also completed its 120 years in the 2 wheeler industry and is the oldest motorcycle company of the world which is still running. Classic 350 is RE’s flagship motorcycle in the country with the highest selling numbers in 300-500cc segment. Its features include a telescopic suspension, round halogen headlamp on front, tear drop shaped fuel tank, semi-digital instrument cluster, USB charging port and tripper navigation system available in chrome variant. For efficient braking, dual discs and dual channel ABS is provided. The engine specifications include 349cc air-cooled engine which delivers a max power of 20.2bhp and peak torque of 27nm. The sound of these engines is what defines Royal Enfield bikes. 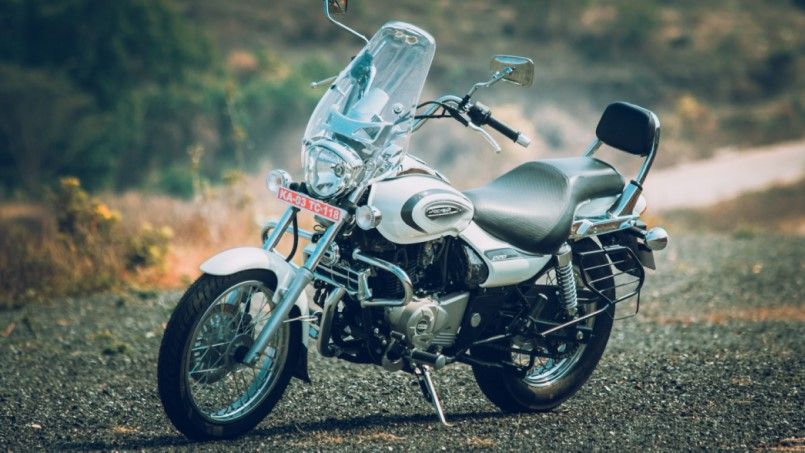 Bajaj is one of the pioneering 2 wheeler brands in India and has an extensive range of 2 motorcycles in each segment. This model called Avenger by the home grown brand was first introduced in 2005 with an 180cc engine, now the bike has evolved to 2 models named Avenger Cruise 220 and Avenger Street 220. Just like Marvel’s Avengers, Bajaj’s Avenger has also gained a whole lot of popularity in the 2 wheeler world. Bajaj Avenger Cruiser 220 features include LED headlamp with DRLs, telescopic suspension combined with Anti-friction bush, dual disc and single channel ABS for safety. The bike reflects the cruiser style most out of all the bikes in this segment. The classic Avenger style is mostly intact in the newest versions with a low slung seat, hands-up positioning with handlebar and a windscreen for cruiser 220. In terms of price Bajaj Avenger is most affordable out of all the bikes listed. 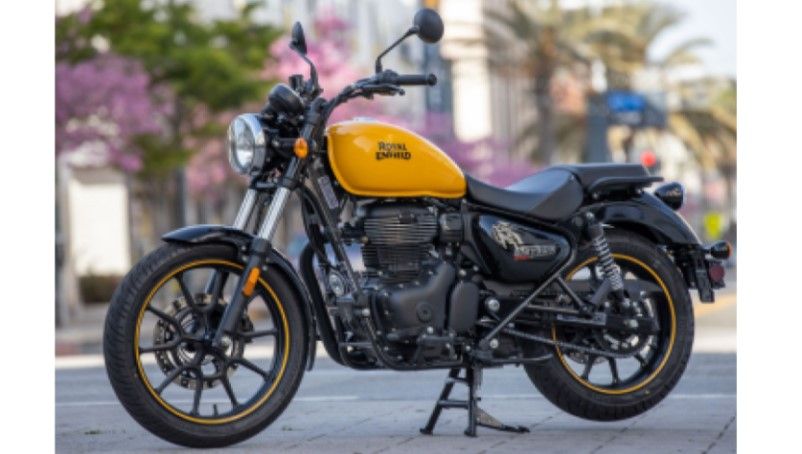 Royal Enfield is back on this list with their successful launch in the cruiser bike segment, named Royal Enfield Meteor 350. Launched in late 2020 to replace Royal Enfield Thunderbird, the bike has since generated impressive sales numbers when compared to other bikes in its segment. Meteor is RE’s most cruise alike bike with features which separates it from its siblings. Royal Enfield Meteor 350 features include a front telescopic suspension, twin sided shock absorbers at the back, halogen headlamp with LED guide, tripper navigation, semidigital instrument cluster, Bluetooth connectivity and LED DRLs. For safety, the bike is provided with dual discs combined with dual channel ABS. Powertrain involves a 349cc air-oil cooled engine which produces a max power of 20.2bhp and torque peaks at 27nm. Meteor comes in 3 different variants named, Fireball, Stellar and Supernova. 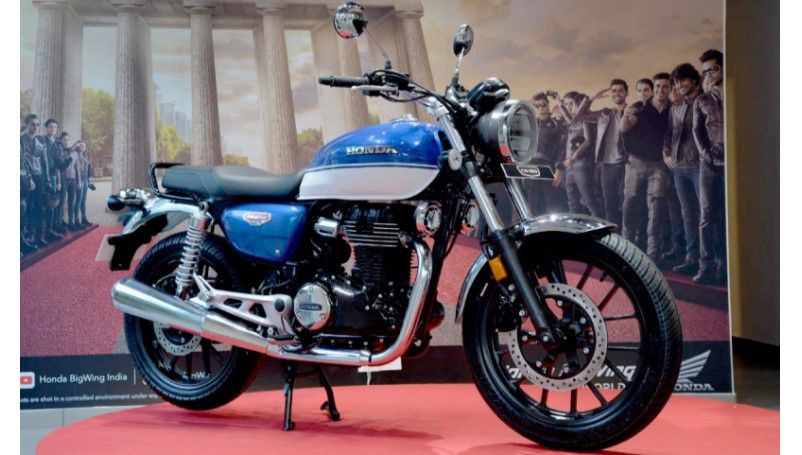 Honda Motorcycle and Scooters India (HMSI) is the 2nd largest 2 wheeler brand in India. The company has a large market share which comes through their quality driven bikes in every segment. Honda launched H’ness in late 2020 to rival the likes of Classic 350, Jawa 42, etc. The bike comes with retro design language and modern features which separate it from the rest of the cruiser bikes. Honda H’ness CB350 features include round LED headlamp, Curvy fuel tank, tanned leather seats, telescopic fork on the front and lastly dual discs with dual channel ABS for safety. Engine specifications include a 348cc single cylinder air-cooled engine, generating a max power of 20.5bhp and peak torque of 30nm. The refined power of this bike creates a suave riding experience on the roads.