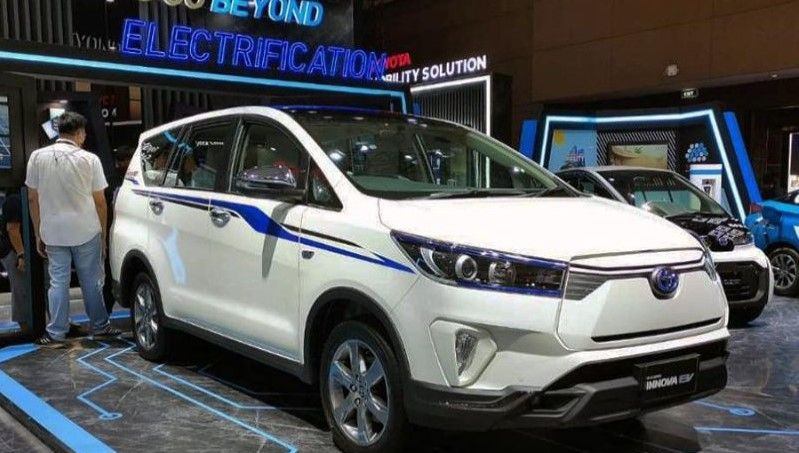 While many big manufacturers in the Indian auto industry have entered the EV space, Toyota has been silent in regards to their upcoming EV launches and strategies. But some recently revealed reports suggests that the company is working on a whole new platform for their EVs and will also launch electric variants for their already existing models starting with Innova Crysta.

Now, Toyota has unveiled their all electric Innova Crysta at the Indonesia International Motor Show (IIMS) held in Jakarta, Indonesia.

Judging by the appearance of the concept model revealed, upcoming Toyota Innova Electric is mostly reflecting the classic Innova Crysta features and body work which makes it easier for the customers to relate. Innova Crysta, launched back in 2016, is already a successful launch and is one of the top selling MPVs in the country. Launching their first electric car in India under a popular name will allow Toyota to market the car with ease. 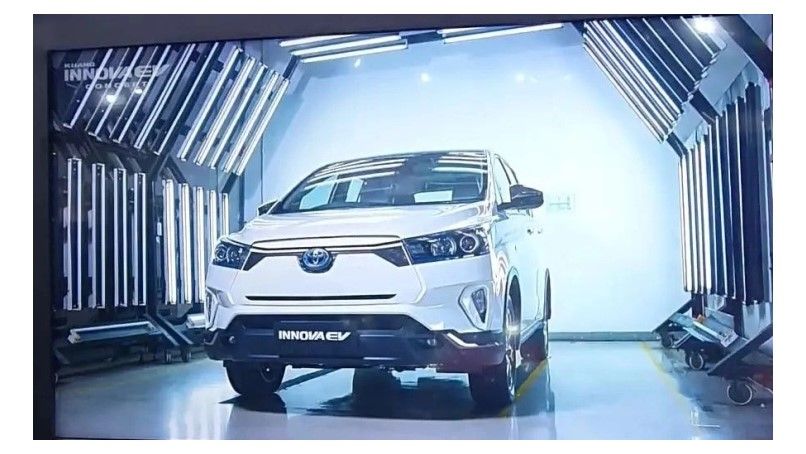 Retaining most of the design from it engine counterpart, the upcoming e-Innova Crysta will come with few slight differences in its exterior i.e. a sealed-off front nose, blue graphics on the sides and blue highlights on lights to add to its electric appeal. Also the concept version features a silver-coloured six-spoke alloy wheel unit and charging point in place of fuel filler lid which separates it from the current Innova Crysta.

Toyota is yet to reveal any details regarding the Electric Innova Crysta. It is likely that after some finishing alterations the company goes ahead with this concept for production. And now Suzuki has also invested a large capital on manufacturing their own batteries and parts for their upcoming Maruti EVs, Toyota will also get a piece of the pie since they are in alliance with Suzuki for the Indian market. This alliance will allow Toyota to launch electric Innova Crysta at most affordable price possible.