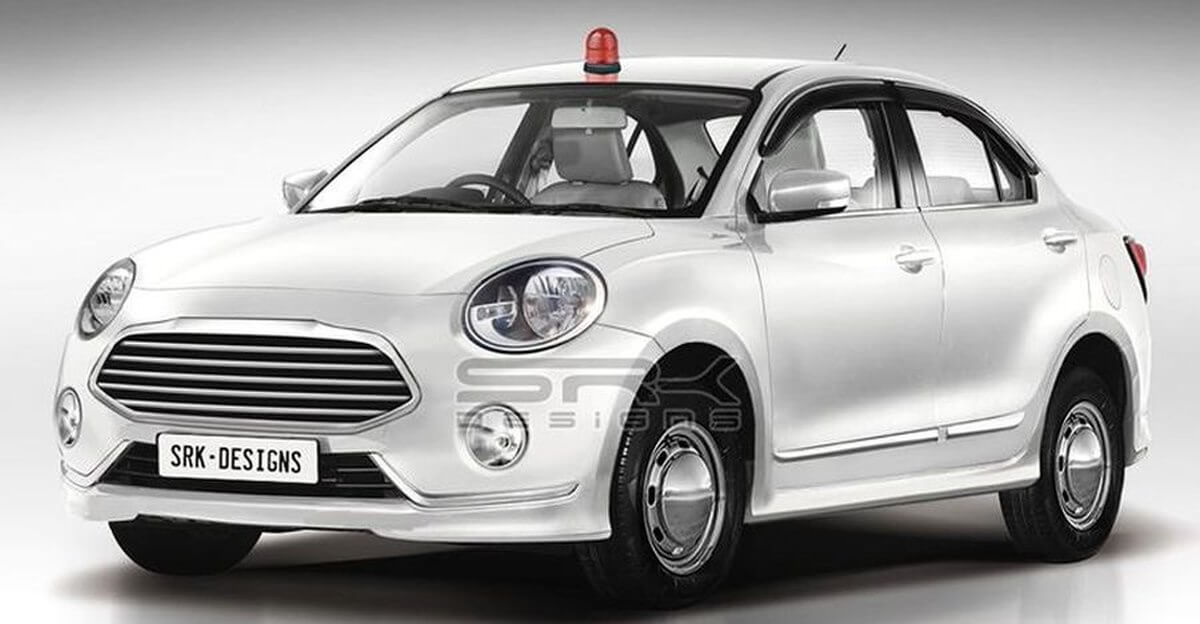 Also Read: Meet A Hindustan Ambassador's Mogli, who lives in the forest for the past 17 years

Groupe PSA bought the Ambassador brand back in 2017. They have already entered the Indian market with Citroen so there is a chance that they decide to bring back the Ambassador.

Here, we have a render of the Maruti Suzuki Dzire in which the artist has imagined the best selling compact sedan with the iconic styling of the Hindustan Ambassador.

The video is uploaded on YouTube by SRK Designs and he is the designer of the render. The artist has used the pre-facelifted Dzire and has modified it to look like a modern version of the Ambassador. He has only worked on the exterior of the sedan and has not modified the interior.

It is important to note that Maruti Suzuki has no plans to introduce a classic version of the Dzire. The video is purely based on the imagination of the artist.

The Dzire is finished in white colour with a hint of silver in it. The paint scheme is very similar to the one found on the Ambassador. The front grille is the same as the Dzire but now gets chrome horizontal slats. The headlamps have been replaced with circular units. The fog lamp housings have been removed and are now replaced with larger circular units. Now, the front looks a lot like a modern version of the Ambassador. The artist has also replaced the alloy wheels with chrome wheel caps. There is also a red beacon light on the roof. This self-made design, which has developed through the artist imaginations made everyone stunned. People are really liking this version of ambassador and looking forward to having something like this in the near future market.