Maruti Suzuki Vitara Brezza regained top spot in Sub-4m SUV sales for November 2021 beating the likes of the Hyundai Venue and the Tata Nexon, which displaced the Venue from the second spot too. The Maruti Brezza on the other hand showed good growth in YOY and MOM numbers despite the production at Maruti Suzuki plants being hampered due to the ongoing global Semi-conductor chip shortage. 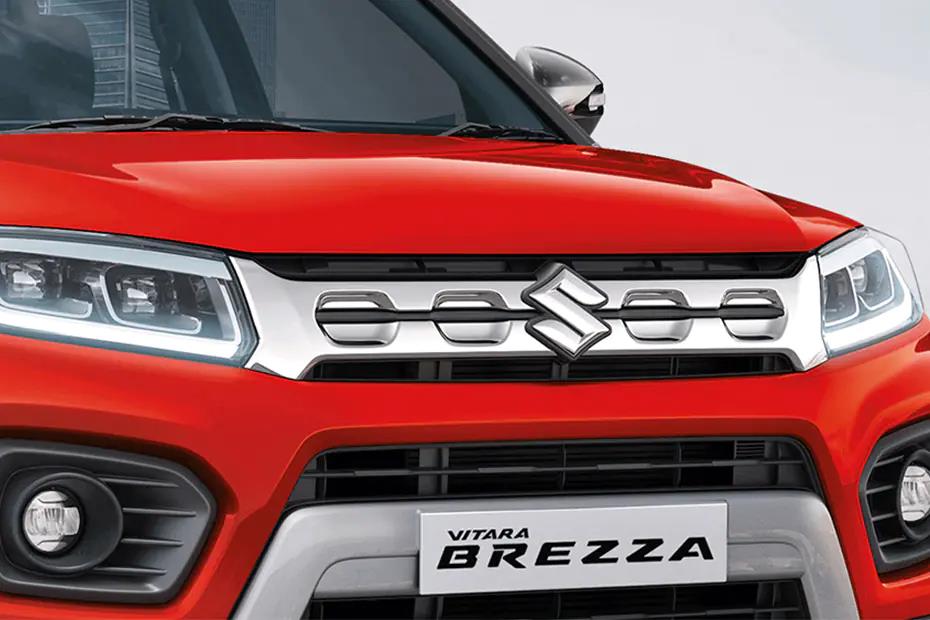 Here are the top selling Sub-4m SUVs in November 2021:

The Maruti Suzuki Vitara Brezza remained the segment leader for a long time but due to new launches and stiff competition it has slid a bit from its initial sales figures, but despite all this the Maruti Brezza has reagained its top spot in the sales chart for November 2021 registering a YOY and MOM growth of 37% and 34% respectively.

Maruti Suzuki sold 10,760 units of the Brezza last month as compared to 7,838 units in November 2020 while it sold 8,032 units in October 2021. Maruti Suzuki is gearing up for the launch of the all new Brezza which is slated to be launched next year with updated exterior and interior design features, expected price for the new Brezza is between INR 10-13 Lakhs.

Tata Motors has been on a roll this year with its car sales showing record growth coupled with its EV success so, its no surprise to see the Tata Nexon on second spot on this list. The Nexon showed a 63% YOY growth with 9,831 units sold last month compared to just 6,021 units in November 2020. The MOM sales were down marginally by 2% from the 10,096 units sold in October 2021.

The Nexon has been Tata Motors best selling car for sometime now and the SUV with its 5-star GNCAP safety rating is makes it a safe bet for Tata Motors for the future with a CNG model in the works the Tata Nexon may continue to ring the sales charts on fire and remain a formidable force in the Sub-4m SUV space. The Tata Nexon is priced from INR 7.29 lakhs to INR 13.34 Lakhs.

The Hyundai Venue when launched was a massive success story for Hyundai and it dislodged the Vitara Brezza from its perch. Despite being the best selling Sub-4m SUV in October 2021 the Venue slid down two places to third with a 14% YOY de-growth from 9,265 units in November 2020 to 7,932 units last month. The MOM sales were down too with a 24% de-growth when Hyundai sold 10,554 units of the Venue.The Venue is priced between INR 6.99-11.85 lakhs.

The Kia Sonet is the sister car of the Hyundai Venue as they are both based on the same platforms but the Sonet continues to have its own presence in the Sub-4m SUV space due to its stylish design and lots of engine and transmission options offered but this couldn’t stop the Sonet from registering a massive YOY de-growth of 58% with sales down from 11,417 units to just 4,719 units last month. Kia sold 5,443 units of the Sonet in October 2021 thus resulting in de-growth of 13% on MOM basis. The Sonet is priced rom INR 6.89 lakhs to INR 13.85 lakhs for the top model.

Mahindra is struggling to keep up with the deliveries of its recent launches of Thar and XUV700 but the XUV300 witnessed a YOY sales drop of 10% from 4,458 units in November 2020 to 4,006 units last month. The sales as compared to October 2021 were down by 197 units when Mahindra sold 4,203 units of the XUV300, thus registering a de-growth of 4%. The Mahindra XUV300 is a nice car with the best rear seat space and nice features but is hampered by the smallest boot in its class. The XUV300 starts from INR 7.95 lakhs to INR 13.46 lakhs.

The rebadged Maruti Suzuki Vitara Brezza from the Toyota stable- Urban Cruiser has quietly gone on doing its business for Toyota and with the other rebadged car the Glanza has helped Toyota register good sales numbers while also helped it in reaching smaller towns by being affordable, reliable options coupled with Toyota’s trust.

The Urban Cruiser registered marginal YOY growth of just 18 units and 2,850 units were sold last month, on the other hand MOM sales were up by 35% from the 2,100 units sold in October 2021. Toyota has also recently registered the name Urban Cruiser Hyryder in India, signalling the launch of a new version of the current model or the next-gen model slated for launch next year. The Urban Cruiser commands a slight premium over the Brezza with prices starting from INR 8.72 lakhs and going upto INR 11.40 lakhs for the top model.

The Nissan Magnite has been somewhat of a saviour for Nissan in India as the struggling car maker has received over 30,000 bookings for the Magnite in the short span of its release. The Magnite is enticing customers because of being a value for money proposition and offering all the creature comforts of its rivals. Nissan sold 2,292 units of the Nissan down from the 3,389 units sold in October 2021, registering a de-growth of 32%, which is in part due the chip shortage as it has hampered production of all the auto majors. Prices for the Nissan Magnite starts from INR 5.71 lakhs for the base model and going upto INR 10.15 lakhs for the top model.

The Renault Kiger is the sister car of the Nissan Magnite as they are based on the same platform and share parts too but in the flesh they both look totally different which is good to see that the designers of both the companies worked to distinguish their cars unlike the other manufacturer (learn from them Toyota). The Kiger posted a MOM sales de-growth of 22% with sales down to 2,062 units last month from 2,643 units in October 2021. The Kiger starts from INR 5.64 lakhs and goes upto INR 10.09 lakhs for the top model.