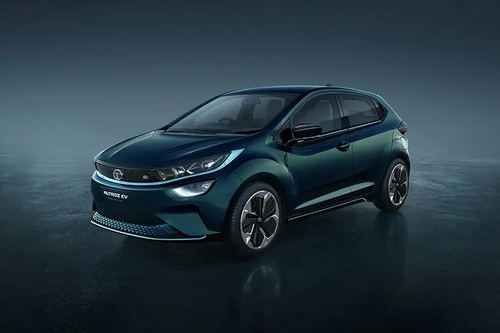 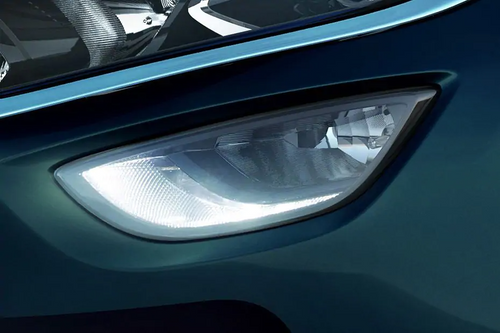 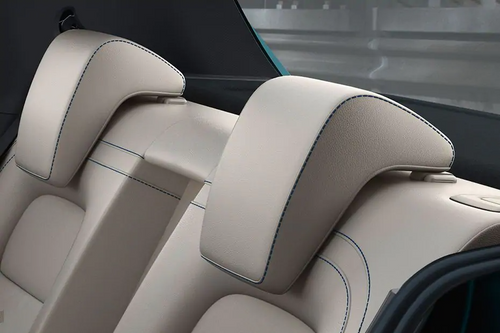 The Tata Altroz EV could be powered by the same battery pack that powers the Nexon EV. The model will, however, most likely have a varied power output and driving range. The driving range may be north of 300 kilometers.

The EV version is projected to have a revised grille, a modified air dam, a new teal blue color, electric blue highlights all around, and no exhaust pipe at the back, as opposed to the ICE-powered Altroz.
The Tata Altroz EV's interior is believed to be nearly identical to its ICE equivalent. The absence of a mechanical gearbox, which will result in extra space around the center console, is the only change we expect.
It is equipped with the same Ziptron EV technology as the Tata Nexon EV. A 26kWh battery powers the onboard electric motor, which produces 75PS/170Nm. A conventional wall charger can charge the EV from 0 to 80 percent in 8.5 hours, while a fast charger can charge it in 60 minutes.
The Tata Altroz EV will feature a seating capacity of five passengers.
In the market, the Tigor EV has no natural competitors.
The Tata Tigor EV has a starting price of Rs. 12.49 lakh and may go up to Rs. 13.64 lakh. The Tata Tigor EV comes in four different models, with the XE being the most affordable and the top-of-the-line Tata Tigor EV XZ Plus Dual Tone costing Rs. 13.64 lakh.

Tata Altroz EV CNG is not available in India.

No, Tata Altroz EVis not available with diesel fuel in India.

The Tata Altroz EV is available in AMT.

The Tata Altroz EV top speed is around 170km/h.

Tata Altroz EV has a fuel tank capacity of 48L

No, the Tata Altroz EV does not have a sunroof.

Tata Altroz EV has a space to accommodate five adults in 2+3 seating configuration.