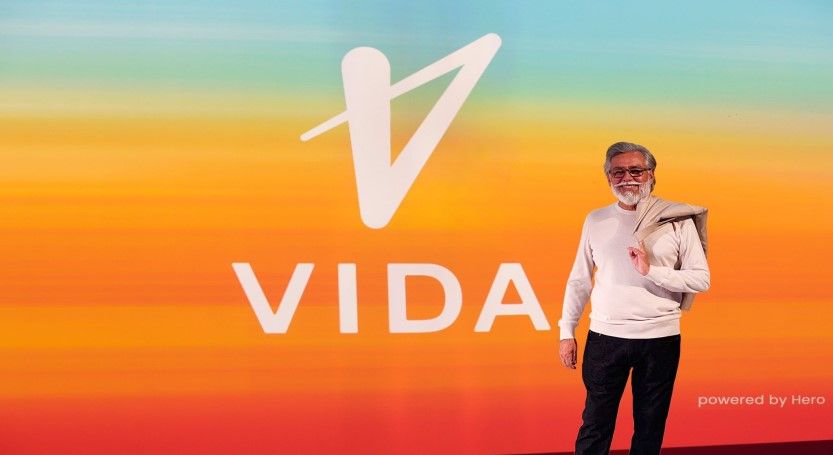 This comes as no surprise as we had earlier reported about the new Vida name for Hero Motocorp's electric brand. The Indian two-wheeler will launch its first electric two-wheeler later this year. Hero bikes are already best sellers and now the company wants to do the same in the electric two wheelers space.

Hero Motocorp has been embroiled in a long drawn out legal battle with Hero Electric, regarding the use of the Hero name for its EV business. Hero Electric is currently the largest EV maker in India and commands a market share of nearly 70%. It is owned by Vijay Munjal, cousin of Pawan Munjal- who is the chairman of Hero Motocorp.

Hero Electric has been selling EVs for the last 15 years and they allege that Hero Motocorp will have an undue advantage if they launch in the electric two-wheeler space using their Hero name. The case is currently sub-judice, but Hero Motocorp has gone ahead and unveiled 'Vida- Powered by Hero' as the electric only brand.

Hero Moto had revealed its electric scooter to the world, last year. It was during the virtual launch of its Rajasthan factory. The details of the Hero Motocorp electric scooter in India were covered by us earlier. The electric scooter will be manufactured in its Chitoor, Andhra Pradesh factory.

The Indian bike major, currently has majority stake in Ather Energy, which retails the Ather 450X electric scooter and the Ather 450 electric performance scooters in India. They also have an technology sharing agreement with, Taiwanese electric mobility company, Gogoro. Hero will use the battery swapping technology of the latter company. 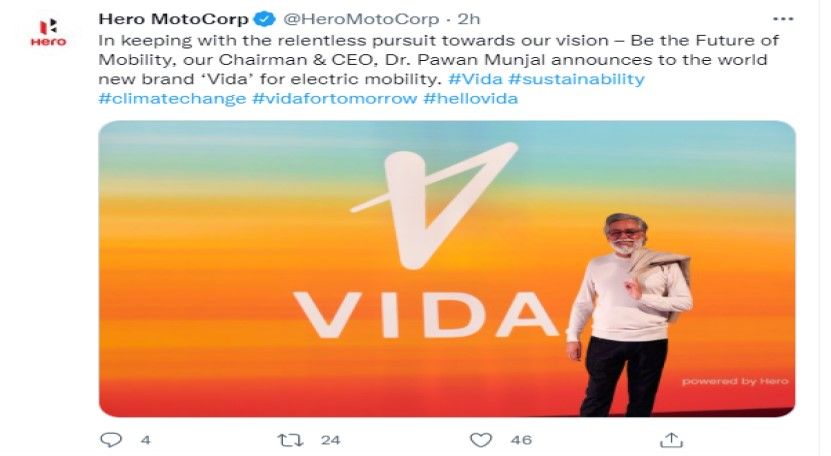 The company launched the Vida EV brand and its logo through its official twitter handle, where the chairman, Pawan Munjal is posing beside the Vida logo. The Indian two-wheeler major had earlier made clear that it plans to launch many new and premium electric products in the market. They are also developing an electric bike and few other electric scooters of different price and driving range.

This new electric scooter from the company will be a premium offering which will boast of many latest tech features as well as have decent driving range to take on the other popular electric scooters in India. Despite being late to join the electric bandwagon, Hero Motocorp plans to make Vida, a successful electric only brand in India.