Yamaha recently announced that the Yamaha YZF-R15 V4 Monster Energy MotoGP edition has been sold out in India. This special edition bike will not be available from now on as it has been taken down from the company’s website and has also been stopped completely.

Although the company made the official statement about the YZF-R15 V4 Monster Energy MotoGP edition being sold out entirely and confirmed that the model will not be available further but they didn’t disclose the fact as to how many units of this specific special edition were sold out. 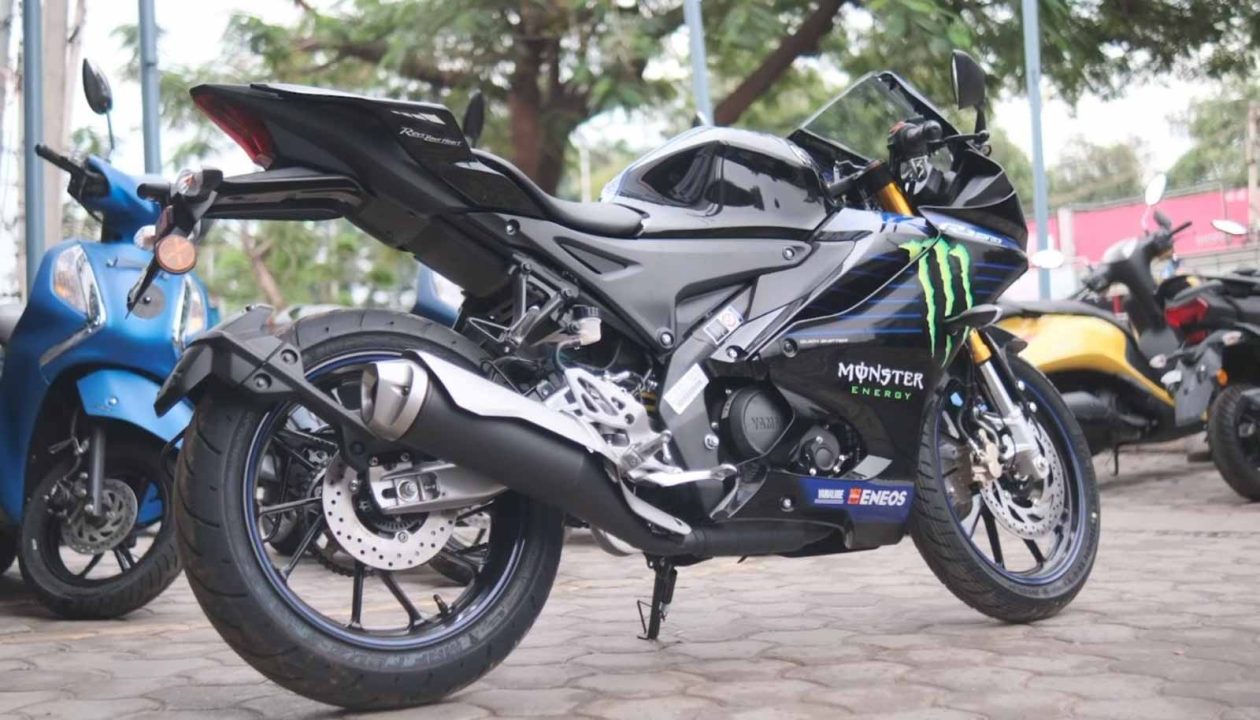 This bike was a premium variant and came along with an ex-showroom price tag of INR 1,82,800. The edition as mentioned was a Monster Energy MotoGP edition and therefore had some special cosmetic changes like the YZR-M1-inspired exterior paint livery with decals of Monster Energy and ENEOS logos. But truth is that was all that the bike got as an update. Apart from cosmetic changes, there were no major updates at all.

The bike had features like a single-pod headlight with twin-LED DRLs, full-fairing, a muscular fuel tank, split-style seats, and a side-slung exhaust, all exactly similar to the regular model. The powertrain was handled by a BS6-compliant 155cc, single-cylinder, liquid-cooled engine that churns out the maximum power of 18.1bhp at 10,000rpm and a maximum torque of 14.2Nm at 7,500rpm.

There still is the availability of the YZF-R15 V4 World GP 60th Anniversary edition in the market and you can buy it if you are looking to get your hands on a special edition bike. This variant comes with changes that are cosmetic such as Yamaha’s legendary white and red ‘speed block’ color scheme in addition to golden alloy wheels, the brand’s factory race bike tuning fork emblem, and special badging on the fuel tank.