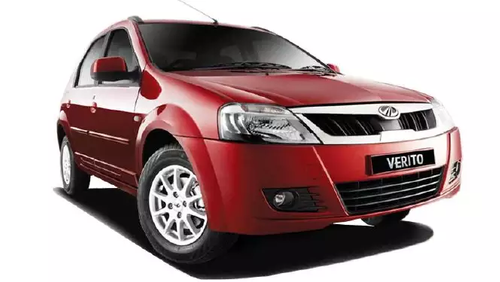 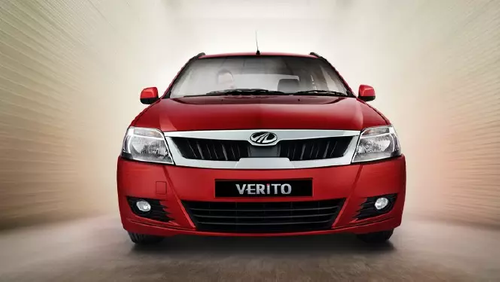 Mahindra Verito offers a lot of features for a lot less money. It was manufactured as a Renault-Nissan budget car and sold in India as the Logan in collaboration with Mahindra. After the facelift, it started selling solely as a Mahindra product and was named the Verito. Mahindra has now introduced a fully electric powertrain in the Verito.

The Verito comes with cosmetic changes and a premium look. The headlamps have been restyled and the grille is splashed with chrome. The boxy design of the sedan from the original look has been retained along with flared wheel arches. The tail lamps now come with light guides along with a dash of chrome on the boot-lid.
The interior of the Mahindra Verito is quite spacious. It gets an ample amount of legroom, a well-designed centre console and power windows on the driver’s side. It comes with hydraulic power steering that weighs up well. The ride quality of the car is good with excellent handling around corners. The safety features of the car include ABS and a driver airbag.
The car is powered by the Renault 1.5-litre diesel engine. The 1461cc turbocharged diesel engine produces a maximum output of 65bhp of and 160nm of peak torque. It comes mated to a five-speed manual gearbox. The car has a fuel efficiency of around 21kmpl. Mahindra has also introduced the e-Verito, which is an electric-powered car. It gets a (30.5kW) and 41bhp electric motor. The e-Verito has a top speed of 86kmph and it runs 100kms on a full charge.
The rivals of Mahindra Verito include the Toyota Etios and the Ford Classic. Another good thing about this car is that amongst all sedans in India, this is the only car which offers an environment-friendly all-electric option.

Mahindra Verito CNG is not available in India.

No, Mahindra Veritois not available with diesel fuel in India.

The Mahindra Verito is available in AMT.

The Mahindra Verito top speed is around 170km/h.

Mahindra Verito has a fuel tank capacity of 48L

No, the Mahindra Verito does not have a sunroof.

Mahindra Verito has a space to accommodate five adults in 2+3 seating configuration.