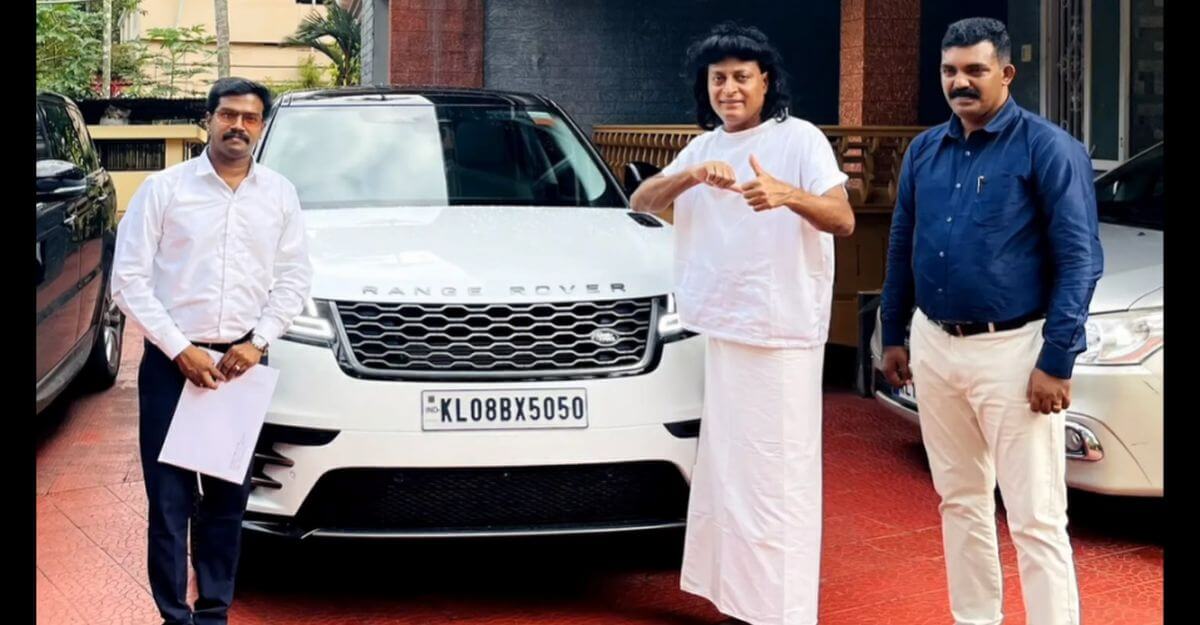 Boby Chemmanur is a Kerala based businessman who has been in the news for various reasons. He is very active in social work and also has a taste for cars. He was the first person in the country to take the delivery of the Mercedes-Benz EQC electric SUV. He also has a gold-wrapped Rolls Royce Taxi which he is seen driving around at times. He recently bought another luxury car – this time it is a luxury SUV from Range Rover, the Range Rover Velar.

Boby Chemmanur has various business ventures. He is into jewellery, real estate, hotels and many more businesses.

The video has been shared by Mallu Car Talks on their YouTube channel. The video shows the brand new Range Rover Velar SUV being delivered to Boby Chemmanur. He has opted for the SUV in white shade. In this video, Boby Chemmanur is seen posing with his new car. Range Rover launched the Velar in the Indian market back in 2018. The SUV is placed between the Evoque and Discovery.

The design on the Velar is actually inspired from Evoque which is a smaller SUV. Some of the unique features in Velar when it got launched were flush door handles, touchscreen infotainment screen and control panel and so on. Range Rover Velar is offered with both petrol and diesel engine options. Boby Chemmanur however has opted for diesel variant.

The SUV is powered by a 2.0 litre turbocharged diesel engine that generates 201 Bhp and 430 Nm of peak torque. This is a proper SUV and comes with AWD and the engine is paired to an 8-speed automatic transmission as standard. Range Rover Velar is a CKD unit and is assembled here in India. Price for Range Rover Velar in India starts at Rs 79.87 lakh, ex-showroom.