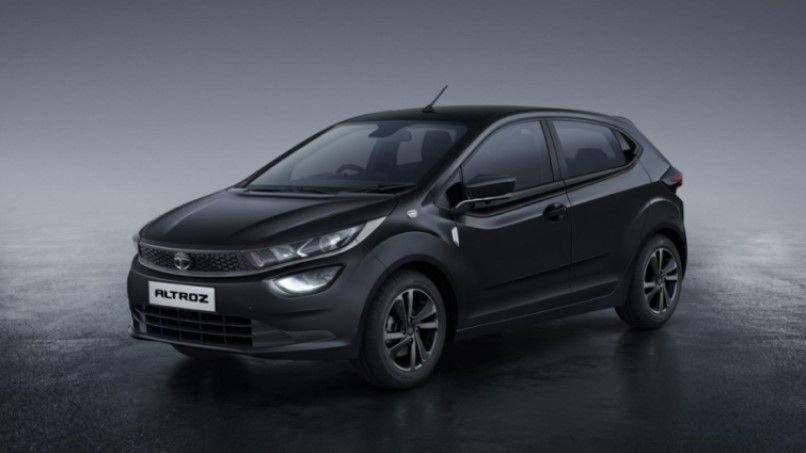 Tata Motors, the Indian automobile giant has launched their much awaited Altroz DCA for the Indian market, with a base price of Rs 8.09 lakh which rises upto Rs 9.89 lakh for the top spec variant. Since its release in the market, Tata Altroz has only been available in a manual transmission with three engines, now finally Tata has introduced an automatic gearbox with Dual Clutch Automatic (DCA) Transmission in form of Altroz DCA. Tata offers Altroz DCA with 7 variants including 2 dark edition models. The new Altroz DCA is priced Rs.1.07 lakh higher than its manual variant. The diesel variant still comes with a manual transmission.

The new Altroz gets a 6-speed dual clutch (wet type) gearbox combined with a 1.2-litre, three-cylinder engine which generates maximum power of 86hp and a peak torque of 113Nm. These additions come at a cost of 20kg increased weight compared to its manual variant. A manual mode with the gear lever is also provided. Tata has specifically developed the Altroz DCA for the Indian climate and road conditions, providing it with active cooling technology, shift by wire technology and machine learning. 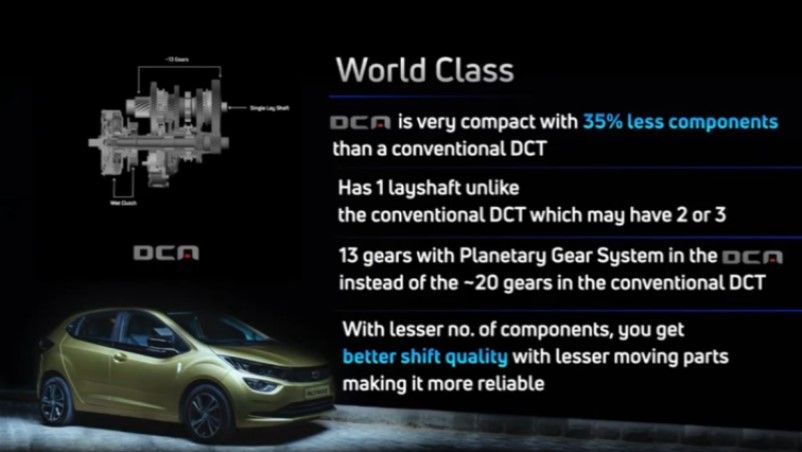 At first, Tata was planning to launch Altroz DCA with a more powerful engine. However the 110hp, 1.2-litre turbo-petrol engine was given up due to the affordability factor of the car in the Indian market. But the Altroz turbo-DCA would have served as an excellent rival for the Hyundai i20 DCT. 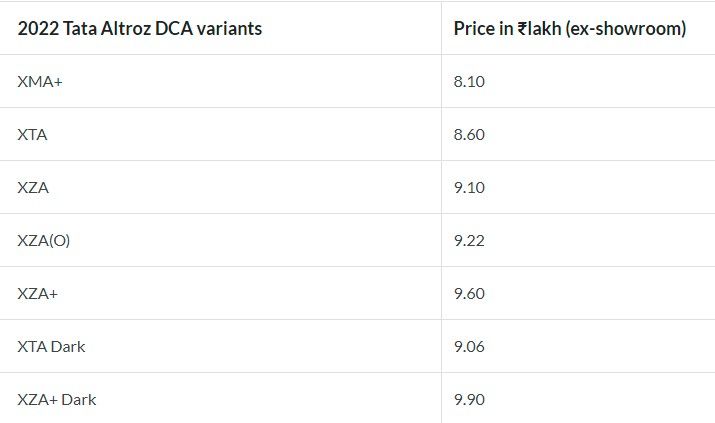 The Altroz DCA Dark Edition which is available in XT and XZ+ trim, gets a dark themed bodywork, with all black wheels, blacked out chrome all around and dark interior to finish it off. Tata has also offered the car in a shade of blue called Opera Blue which completes the elegant vibe of the car.

The new Altroz DCA will be rivalling with the likes of Maruti Suzuki Baleno AMT, Hyundai i20 1.0 DCT, Honda Jazz CVT, Toyota Glanza AMT and Volkswagon Polo. While the automatic transmission is not new for the segment, the Dual clutch technology in new Altroz is still superior to the CVT and AMT.