A detailed analysis and comparison of Tesla Model X and Tesla Model Y so that you can better understand which Tesla SUV is right for you. Throughout the majority of its existence, Tesla exclusively sold the Model S car. After the Tesla Model X SUV was introduced, that situation altered. All of a sudden, you had an option between a huge sedan and a giant SUV. But in recent years, the options have evolved. The Model 3 or the Model S are two options for small sedans if you desire a Tesla vehicle. You can now choose between the smaller Tesla Model Y and the larger Model X in terms of Tesla SUVs. Here, we examine the Model X and Y's similarities and differences based on the data to better assist you in selecting the best Tesla SUV. 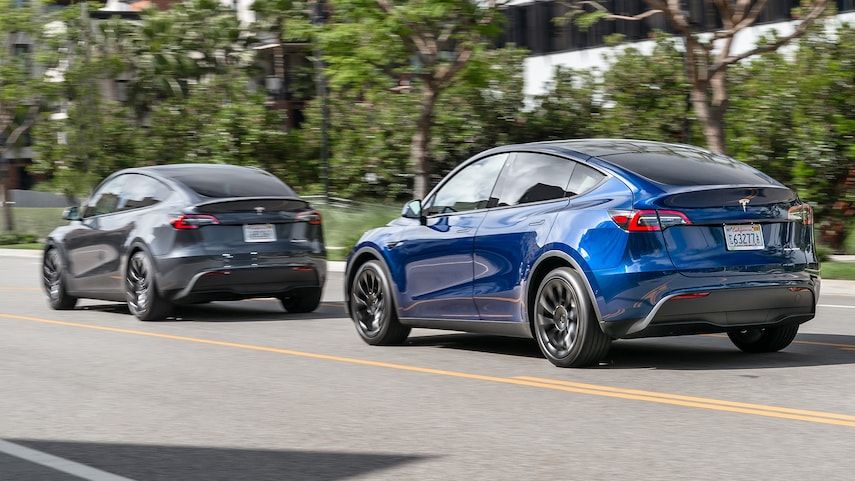 The price is by far the biggest and, for many, the most significant of the many significant numerical differences between the small Model Y and the medium-sized Model X. With a base price of $67,190, the Model Y is far more inexpensive than the Model X, which has a starting price of $122,190. Budget-conscious people will find the contrast to be clear-cut, but for the purposes of this analysis, let's assume you can buy a Model X but are unsure whether it is the better option over a Model Y. The Model X and Model Y have comparable driving ranges despite their different sizes, as we'll discuss momentarily. Depending on whether you choose the Performance or Long Range trims, the Model Y can go between 303 and 330 miles between charges, according to Tesla. Despite being bigger and heavier, the Model X can fit a bigger battery and, depending on the model you choose, can go between 311 and 348 miles on a single charge. Seating for five people is a standard feature of the Model X and Model Y, but that's just the beginning. Six seats—two in each of the three rows—or seven seats in a two-three-two configuration can be specified for the Model X. The identical two-three-two seating arrangement is also offered for the Model Y with a seven-seat option. For the Model X, a seven-seat configuration costs an additional $3,500, while a six-seat version costs an additional $6,500. While the third row of the Model Y would set you back $3,000,

In the second row, the situation is comparable. There are 1.5 inches more headroom and 2.8 inches more shoulder room in the longer, taller Model X compared to the Model Y. Once more, the Model Y has 2.1 inches greater second-row legroom than the Model X.

The 92.3 cubic feet of overall cargo space for the Model X with the six-seat layout, including the 6.6 cubic foot "frunk," is Tesla's best ever (the numbers shrink to 91.6 cubes for the five-seater and 88.2 for the seven-seat model).

The Model X has much more overall luggage space than the Model Y, which is not surprising. More importantly, there is more room within the car for heavier things. It's also important to note that carrying people and larger, bulkier objects will be simpler in the Model X than the Model Y thanks to the Falcon Wing doors and larger rear hatch. The Model Y may, however, be equipped with a roof rack to carry heavier objects thanks to its normal back doors.

In comparison, Tesla claims that the Vehicle Y can hold up to 76.2 cu ft of cargo total, counting the 4.1 cu ft frunk, with 72.0 cu ft for the seven-seat model.

The size difference between the Model X and Model Y is largely responsible for the variation in passenger and cargo space. External dimensions may also affect whether your new Tesla will fit in your garage. Of course, the Model X is bigger in every way, starting with a 2.9-inch longer wheelbase. It is 3.1 inches wider and 12.1 inches longer than the Model Y at 199.1 inches and 78.7 inches, respectively. The Model X is between 1.1 and 4.3 inches taller depending on how each is set up, making the two more comparable in height (the air-suspended Model X measures 67.6 inches standing on its tippy toes, before those Falcon doors go up).

The Performance Upgrade kit, which includes a lowered suspension, bigger wheels, grippier tyres, and more powerful brakes, is included as standard equipment with the Model Y Performance. Without a doubt, these additions will improve its cornering capability, but we haven't yet been able to do instrumented testing to measure the difference.

Towing reduces the efficiency and range of your electric vehicle, just like it would with a gas or diesel-powered vehicle. Although the corporation has a large network of Supercharger stations, most of them are not designed to accommodate charging of vehicles with trailers attached. However, depending on the trim, the Model X can tow up to 4,960 pounds if you need to use your Tesla SUV for that purpose. In contrast, the Model Y can only pull 3,500 pounds no matter how it is dressed.

Most of the same characteristics are available on Tesla models in terms of equipment and choices. Any model comes with Autopilot as standard equipment. It may be upgraded to Enhanced Autopilot and then to the Full Self-Driving package, which will eventually allow for fully autonomous driving. The front and second rows of seats in both vehicles are heated, but only the Model X has heated third-row seats; the Model Y does not. Each vehicle is available in the same five colours. The Model X currently has two different wheel options, however one of the Model Y's wheel options is only offered as part of the free Performance Upgrade package.

However, the Model X, which costs more, does include some functions that the Model Y does not. The Model X can open and close its front doors on its own in addition to the Falcon Wing rear doors. A heated steering wheel and a HEPA air filter are included on the Model X. In addition, the Model X includes two smaller sunroofs over the second row and a panoramic windshield that covers the entire front row, as opposed to the Model Y's single panoramic sunroof that covers both rows.

The organisation of the features is another issue. Although the Model X has inherited Tesla's contentious yoke steering wheel, it has a more traditional dashboard with an all-digital instrument cluster and a separate, landscape-oriented infotainment screen.

The organisation of the features is another issue. Although the Model X has inherited Tesla's contentious yoke steering wheel, it has a more traditional dashboard with an all-digital instrument cluster and a separate, landscape-oriented infotainment screen. The instrument cluster and infotainment system are both located on a single, landscape-oriented screen that is situated in the centre of the dashboard of the Model Y.

If you have the money, the Model X is superior to the Model Y in terms of driving range, cargo room, towing capability, performance—especially in Plaid configuration—and the number of seating options. The lighter, smaller Model Y will fit in smaller garages, probably handle better, and travels almost as far on a charge while providing more room in the second row. Most purchasers will make their choice based on price, but if you have the additional $27,000 no problem, the Model X delivers more of everything. The Model Y is more than adequate for everyone else.