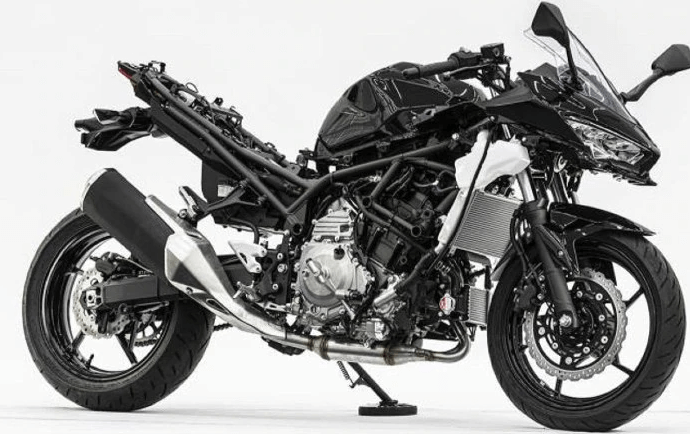 In a quest to make its bikes truly green, Kawasaki has been experimenting with both electric and hybrid models for quite some time. The electric Ninja 300, called the EV Endeavor, was unveiled back in 2019. In the same year, patents for a hybrid motorcycle also surfaced online. Now, Kawasaki seems to have brought the idea to life by unveiling its prototype hybrid motorcycle.

Kawasaki seems to have used the Ninja 400 as the base bike. The parallel-twin liquid-cooled engine now gets an electric motor mounted just above the transmission, and this motor is linked to an undersea 48V battery pack. Kawasaki says the bike can run within the city solely on electric power. Considering certain cities have emissions restrictions, the Japanese bike maker has also thrown in GPS tech to automatically switch to electricity as soon as the bike enters city limits. 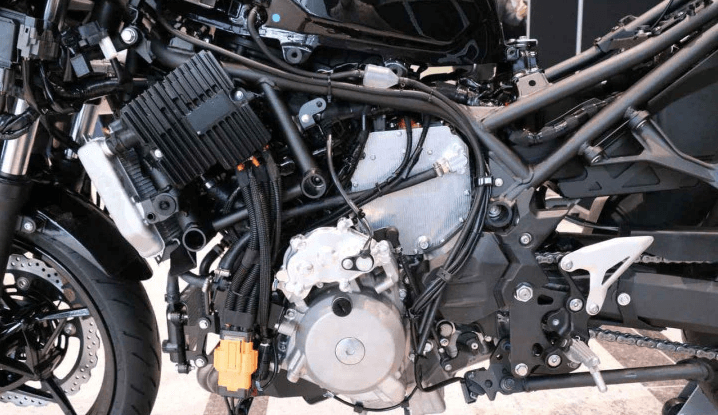 Outside cities, it can switch back to petrol-hybrid power, helping the battery pack to charge on the move. The whole setup is linked to an automated transmission system with buttons for gear shifts, similar to the ones on the Honda CRF1100L Africa Twin DCT.

Hybrid powertrain systems are beneficial on cars as they not only help reduce emissions but also improve fuel efficiency considerably. Though discontinued now, the iconic Toyota Prius is a shining example. 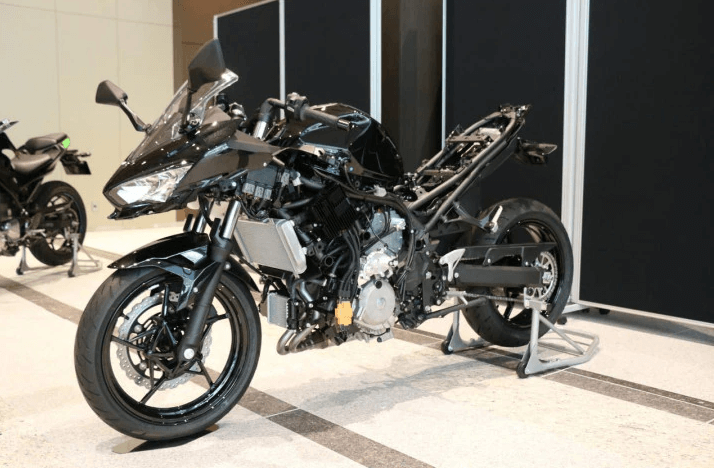 However, things are different in the two-wheeler world. Such powertrains are often heavy and require a lot of space to be crammed into motorcycles. Moreover, bikes already have small engines, which are anyway efficient. Adding a hybrid system then not only increases engineering complications but also makes a bike considerably more expensive. So compared to pure electric motorcycles, hybrids would take longer to break even. Moreover, it may not offer as much performance for the kind of price you pay. Let’s not forget that they may also be heavy and not as agile as conventional bikes.

But on the brighter side, hybrid technology offers an excellent mix of more fuel efficiency, reduced emissions, and increased range. It can be perfect for cities with tight emission regulations. Thanks to the petrol-electric setup, you may not have to worry about range as much as you’d with pure electric motorcycles. It also eliminates the need for a charging infrastructure as the battery packs are internally charged by the petrol engines. Additionally, the torque from the electric motor may still be quite useful in stop-and-go traffic.

All said and done, hybrid technology still seems promising in its objective to do away with conventional petrol vehicles, and it will be exciting to see how Kawasaki approaches this. Expect the Japanese bike maker to unveil a fully ready concept model next year.