Skoda, the Swedish brand is known for being ‘simply clever’ with its products but they were not able to perform as they wanted in the Indian market since their entry way-back in 2001 even-before the entry of the parent company, Volkswagen which shows the amount of confidence Volkswagen had on Skoda. After continuously under-performing, the Volkswagen Group has consolidated its India operations by merging all its entities into one as the Skoda Auto Volkswagen India (SAVWI), again putting its faith in the Skoda name. 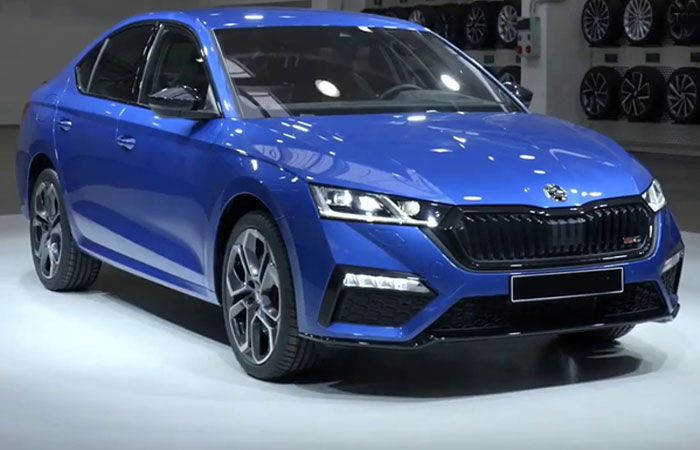 This renewed focus on India is called the India 2.0 project, where this new entity, will focus all its resources in bringing sales and growing its Indian car market share. With a slew of launches planned by the Skoda group, the future is looking promising and the recent launches prove this, since, the Volkswagen group invested over USD $1 billion into developing the MQB A0 IN platform, an India specific derivative of its famed MQB global platform on which the future cars of the company will be based. Here are the two cars that will start the offensive for Skoda in its India 2.0 project: 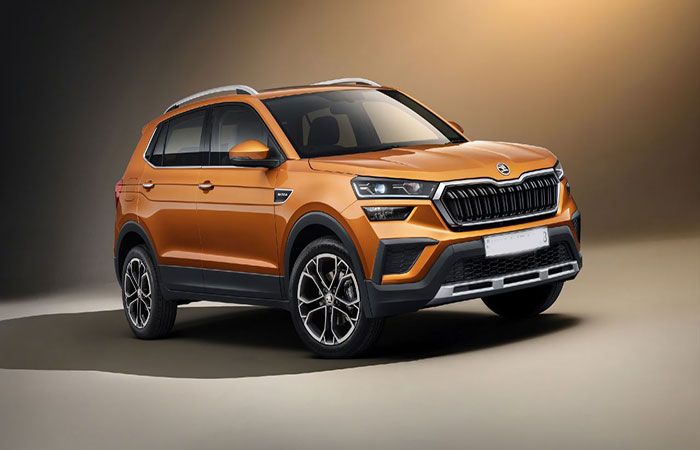 Skoda is buoyed by the response it received for its first-ever India focused product- the Kushaq, a premium, mid-size compact SUV offering, from the brand with more than 10,000 bookings in the first two months of launch. The Kushaq is based on the group’s India specific MQB A0 IN platform.

The Kushaq, is driven by a 1.0L TSI petrol engine, which comes mated to 6-speed manual & 6-speed, torque convertor automatic and a 1.5L TSI petrol unit, which comes with 6-speed manual & 7-speed DSG or twin-clutch automatic with peak power outputs of 115hp and 150hp respectively. The car’s biggest USP are its engines which are the great in terms of their linear power delivery and spirited torque output. The design of this car is another important aspect for the prospective buyers with it standing out from the rest due to its unique looks which somehow look more premium than its rivals.

The Kushaq is also loaded in terms of features, with even the base variant coming with a 7-inch infotainment screen while the top-spec variant gets a 10-inch screen, while on the safety front the car gets six airbags and active safety features like EBC, ABS, ESC, Multi-Collision Braking, brake assist, traction control, electronic differential lock and tyre pressure monitoring system.

In terms of comfort too, the Kushaq is the ‘King’ in the segment, with class-leading leg-room, cooled front seats and the stylish and attractive two-spoke steering wheel adding to the premium-ness of the car, but there are a few areas where the car lacks some finesse like the cheap, lower dashboard plastics and seating three abreast in the rear seat, which is not favourable considering the competition it is against.

The car does miss out on some of the features that rival cars like the Hyundai Creta, Kia Seltos and MG Astor offer, like electrically adjustable driver’s seat, panoramic sunroof, 360 degree camera, premium speakers, electronic parking brake among others but these things are not important to every customer thus, they can be ignored in terms of personal choice but this car more than makes up for this by delivering on all the important parameters like engine, performance, handling and ride quality which makes it a nice choice in this segment. The Kushaq is available in three variants namely Active, Ambition, Style with different engine and gearbox options, with prices ranging between Rs. 10.79 lakhs – 17.99 lakhs (ex-showroom Delhi). 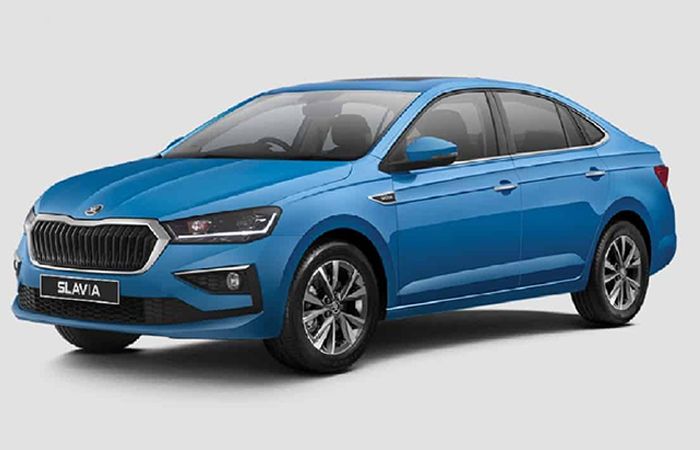 Skoda has recently taken wraps off the Slavia, an all-new sedan from the Swedish stable, despite the market for the SUVs ever-growing and the Sedan space grasping for breath. This is a bold step taken by a clever manufacturer as it is a fresh perspective of the car-maker towards the Indian car market which is being heavily weighed down by the advent of new SUVs. This launch will also cater to all those buyers looking to buy a sedan but were either un-willing due to lack of new products or un-interested in the SUV space.

The Slavia, is the sedan that takes place of the ageing but agile Skoda Rapid which was a successful product for the company. The sedan is based on the same platform as the Kushaq. In terms of styling the sedan borrows elements from its bigger siblings, the Skoda Octavia and the Skoda Superb with new advanced LED headlights coupled with DRLs and a well sculpted bonnet making the sedan look more imposing and bigger in size, this will translate well in terms of road presence. From the sides too the car continues its streamlined design with a sloping coupe-like roofline, which adds to the overall sporty-ness of the car. The rear is rather Skoda-esque with split LED tail-light cluster joined by the big Skoda name which is nice to see.

Coming to the interior of the car, the Slavia has the same Skoda design language as the Kushaq, with the two-spoke steering wheel adding that sporty feel to the cabin. The Slavia will come with an 8-inch digital instrument cluster, 10-inch infotainment screen, electric sunroof, cooled front seats and an 8-speaker sound system that will make the ride more premium and comfortable. The Slavia has also practicality in mind with class-leading 521 litres of boot space, which is more than some of the SUVs in the market.

Slavia is taller, longer and wider than the outgoing Rapid with an increased wheelbase of 98mm, which will certainly help in freeing up more legroom for the passengers. The car is heavily localised too with Skoda claiming 95% localisation for the sedan, which will in turn help in the prices of the car being competitive. With the production to begin in 2022, Skoda is taking bookings for the car which will come in three trims of Active, Ambition and Style. The prices are expected to undercut the Honda City, which in is in its fifth-generation. The prices for the City range between Rs. 11.19 lakhs – Rs. 15.11 lakhs (ex-showroom Delhi) and it will be sweating nervously when the Slavia will start deliveries in 2022. 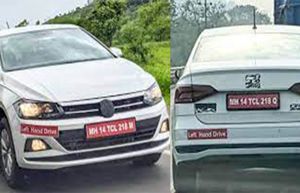 Volkswagen or the SAVWI group is continuing the testing for the Volkswagen Virtus sedan, which will be a replacement for the Volkswagen Vento in India. Since the platform is shared with the Slavia the Virtus too is expected to be premium, roomy and sporty in nature. The design of the upcoming sedan will be based on the global Volkswagen design language with an angular look to the front just like the Polo in India. The side profile will be minimalistic followed by new, larger wrap-around tail-lamps.

The interior will be more driver-oriented with a flat-bottomed steering wheel, with a digital instrument cluster and a large central touchscreen infotainment screen. Expect the interiors to feel plush and premium with good quality of materials used overall. Other details about the car are still under wraps and we will be waiting for the launch patiently. 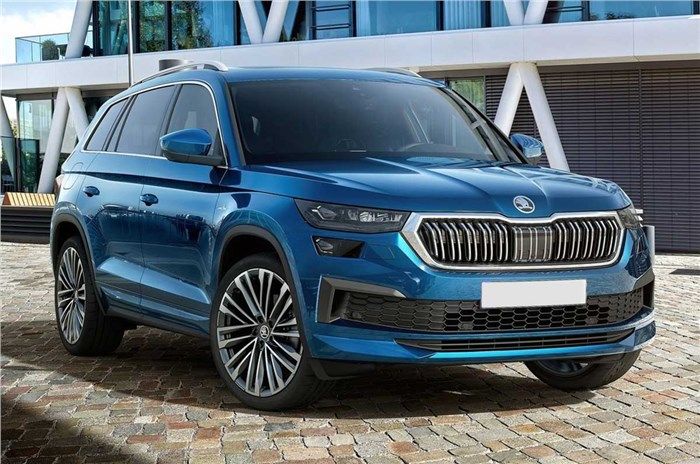 The Skoda Kodiaq is another car ready for a launch early next-year, with Skoda testing it vigorously. The Kodiaq, will be a facelifted version of the car that was discontinued over a year ago. The biggest changes will come in the form of petrol-only engine options with Skoda ditching the diesels after the switch to BS6 norms. The facelifted Kodiaq SUV has been released globally this year with the India launch announced for next year. As seen in the global model the India bound Kodiaq will receive updated exterior and interior stylings.

The exterior will boast of a bigger, more in your face look, re-profiled bumpers and new LED headlights while the interior will have the new two-spoke steering wheel, like the one seen in the Kushaq and Slavia, with updated seat upholstery the SUV is expected to carry all the previous equipment. The Kodiaq will rival the Volkswagen Tiguan, upcoming Jeep Meridian among others.

Looking at the response to the Kushaq and with more models upcoming, the Skoda Auto Volkswagen India group is really looking to increase its market share in the coming years, which can only result in better cars all around and better value for money for the customers. It will be worth watching if this ‘simply clever’ strategy is clever enough to lure the Indian car buyers.