How are EVs Helping to Achieve Zero Emissions by 2050?

The Global Auto Industry causes 18% of the world’s CO2 emissions according to a UN report. This is alarming and yet not so surprising to see because the auto industry is growing at a rapid pace globally due to the increasing demands, especially from developing countries. How-ever all this can and will change due to the advent of the electric vehicles and the ambitious target of zero emissions by 2050, set by countries around the world, as well as various auto-majors planning to go all-electric by the year 2030. The Global Electric Vehicle Market is expected to grow at a rate of over 26% by 2030 and going by the trends this may well increase in the near future. The year 2020, which affected the world due to the COVID-19 pandemic and staggered the growth for various industries, the global electric car sales grew by an astounding 43% from the 2019 sales figures which goes on to show that people are taking this push for electric vehicles and the zero emissions target very seriously.

The advancements in technology and production, the cost of EVs have drastically decreased with their prices more in line with the conventional vehicles. In 2010 the price for an EV battery, which is the most expensive part of an EV was USD 1,100 per kWh but it has reduced to about USD 137 per kWh in 2020. This drastic change is due to the fact that the manufacturing costs have gone down due to the increase in demand and the subsequent increase in production capacity. In India for example the first battery powered EV on sale the Hyundai Kona Electric had a price of more than Rs. 20 lakhs when it was launched in 2019 but in just two years the cost has reduced by nearly 50%, with the most popular EV in India, the Tata Nexon EV priced at Rs. 14 lakhs. With launches of more affordable EVs in India by major auto manufacturers announced, the affordability of EVs will further come in line with that of the ICE vehicles, thus increasing in demand and continuing the march towards the zero emissions target.

The biggest anxiety related to EVs is the uncertainty regarding their range but going by the report published by the IEA (International Energy Agency) in 2021, the average driving range of new EVs has been increasing at a steady pace. As, the weighted average range of a new electric car in 2020 was about 350 kms compared to just 200 kms in 2015. There are cars with more than 400 kms of driving range in the electric car market and in the electric two-wheeler space too there are EVs boasting of driving range of nearly 200 kms. This is due to advancement in battery technology, increase in efficiency from the electric motors and more aerodynamic shapes of the vehicles.

When the Nissan Leaf was launched in 2010, the EV market was nascent but the Leaf quickly became a hot-seller and remained the best-selling electric car till 2020 when it was overtaken by the revolutionary Tesla Model 3, but up until 2015 there were very few options for people to consider in the EV space, however according to the IEA data there are about 370 electric car models worldwide in 2020, which is a 40% increase from 2019 and in the electric two-wheeler market space this number is much more. All this translates well for the future with companies rolling out new and better EVs every year, just like the ICE counterparts thus, maintaining customer interest and curiosity which in turn will help in the growth of EV sales in the near future.

An electric vehicle needs charging infrastructure for fast charging and although there is a low number of EV chargers in many countries in the world, many of them are working at a rapid pace to develop charging stations and the installation of publicly accessible chargers has increased seven times in the last five years and the installation was up by 45% despite the pandemic causing delays. In 2020 alone there were 1.3 million public charging stations around the world and with 2021 about to end this number may well cross 2 million by then. This improvement in the charging infra will definitely attract people towards EVs and while most people charge their E-vehicles at homes or at offices, public charging stations will help people when faced by an emergency situation away from home or office.

Governments around the world have pledged on the zero emissions target of 2050 and to achieve it they have started to promote the manufacturing and sale of EVs. Governments are offering incentives to the new manufacturers for setting up electric vehicle production in their countries and also to the established players for switching to electric products. The people too are offered incentives like zero registration charges, exemption from road tax etc. The total spending by governments around the world on incentives for electric vehicle sale and purchase is more than USD 20 billion in 2021 which shows the commitment of the governments towards the faster adoption of electric vehicles. All these points fare well in the race to reach zero CO2 emissions by 2050 but there are few chinks in the armour which need to be ironed out fast or they threaten to de-rail the EV train.

Here are a few things that still need attention:

The average time to charge an electric vehicle at home from a normal wall socket, range from anywhere between 2-5 hours depending on the type and battery capacity. This is a lot more, compared to the less than five minutes it takes to re-fill an ICE vehicle from the fuel stations. The auto-manufacturers are researching hard to develop better, efficient and fast charging process for the EVs but till than this will be the biggest hurdle in the adoption of electric vehicles around the world. Yes, there are indeed fast charging feature available on most e vehicles but there are not enough fast chargers installed around the world and even with fast charging if we compare the charging times against the re-fuelling times there is no debate in which is ‘fast’. The fastest of chargers can only add upto 80% charge in about 20-30 minutes which is a lot of time for charging a vehicle in this fast-paced world today. There are companies which have developed ultra-fast chargers which can charge electric vehicles in less than 5 minutes but the cost of installation as well as the number of these types of chargers required make them unfeasible for now. 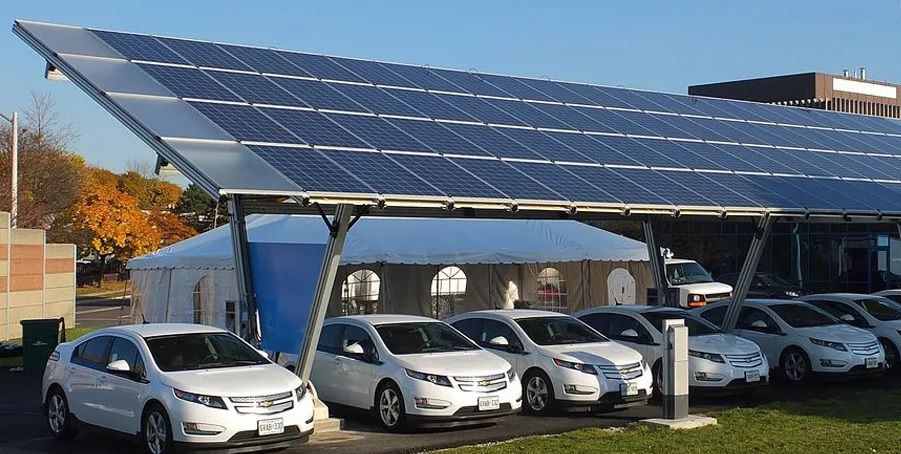 Electric vehicles are green, yet they have a carbon footprint due to the emissions caused during their production hence what the policy makers as well as the electric vehicle makers need to work on is making the entire process of producing an EV green thus truly making the electric vehicles, zero emission vehicles. The governments and the companies establishing public charging networks need to make sure that the electricity used in those public chargers is produced from renewable sources only, like, wind, solar, hydro etc. They also, need to establish proper recycling plants to recycle the discarded batteries of the electric vehicles so that there is no resultant pollution from the harmful chemicals used in the batteries. These few, small roadblocks aside EVs are the future for humans and Earth and their increased adoption is definitely helping in achieving the zero emissions target of 2050 which is a great sign for our fight against climate change.