Audi India will launch the latest version of its Audi Q7 SUV in India in the month of February according to reports. The facelifted Q7 was already unveiled globally last year and Audi India had removed the older generation model from its line-up, to be replaced by the facelifted car this year. 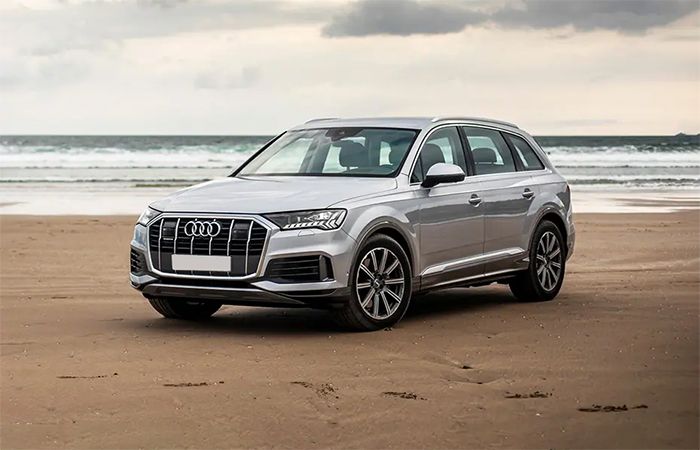 Audi India is on a roll as it posted double the sales it had managed to post in the year 2020. The year 2021 ended on a positive note for the German luxury car maker as it posted strong growth despite facing production constraints due to the global supply chain blockade and semi-conductor chip shortage. The company had recorded a two-fold rise in retail sales as it sold 3,293 units in 2021 compared to just 1,639 units in 2020.

The luxury car maker was able to post positive growth in 2021 on the back of a good sales figures of the volume drivers for the brand, cars like the Q2, Q5 and Q8 SUVs, and A4 and A6 luxury sedans, which helped the German auto giant to post healthy numbers for last year. Audi has been investing heavily in the EV market space for the past few years and has launched five new electric cars in India also which have all received good response from the Indian car buyers. The company will continue to have more focus on the electric car space with new models in the making.

The insides of the new Q7 are a new story all-together as the interiors have undergone a massive change with a whole lot of upgrades to the dashboard design which now has three touchscreens around the driver, making the already luxurious cabin of the car more opulent and premium in its looks. The company has now added a touchscreen for the climate control system as well getting the new interiors in-line with Audi’s global design language, as this screen will now look in tandem to the infotainment screen and the famous Audi digital instrument display known as Audi’s Virtual Cockpit. Though the addition of the third screen might not be liked by everyone as Audi SUV has completely done away with the physical buttons in the interiors with everything now is controlled via the screens, which can be a big hassle for some when driving on the road.

In terms of Engines the new Q7 will continue using the 3.0L petrol powertrain and will ditch diesel engine option due to Audi India’s petrol only focus in India. The petrol engine will now be mated to a 48V mild hybrid system for increased efficiency.

The new Audi Q7 price is expected between Rs.80-90 lakhs and will continue to rival other Luxury SUVs like the Mercedes-Benz GLE, BMW X5 and the Volvo XC90.

The production for the Q7 has already commenced at Audi India’s factory in Maharashtra as the company gears for this big launch. Audi is looking for a bigger 2022 and is betting on its SUVs as it sold over 200 units of its Q2 SUV in December 2021 while its cars priced above Rs.1 Crore accounted for over 11% of the company’s total sales.