The 2022 Skoda Kodiaq Facelift has been launched in India today by the company. The Kodiaq price starts from Rs. 34.99 lakhs and goes upto Rs. 37.49 lakhs for the top model. Official bookings had already commenced for the flagship SUV of the company with deliveries to start in the coming weeks. 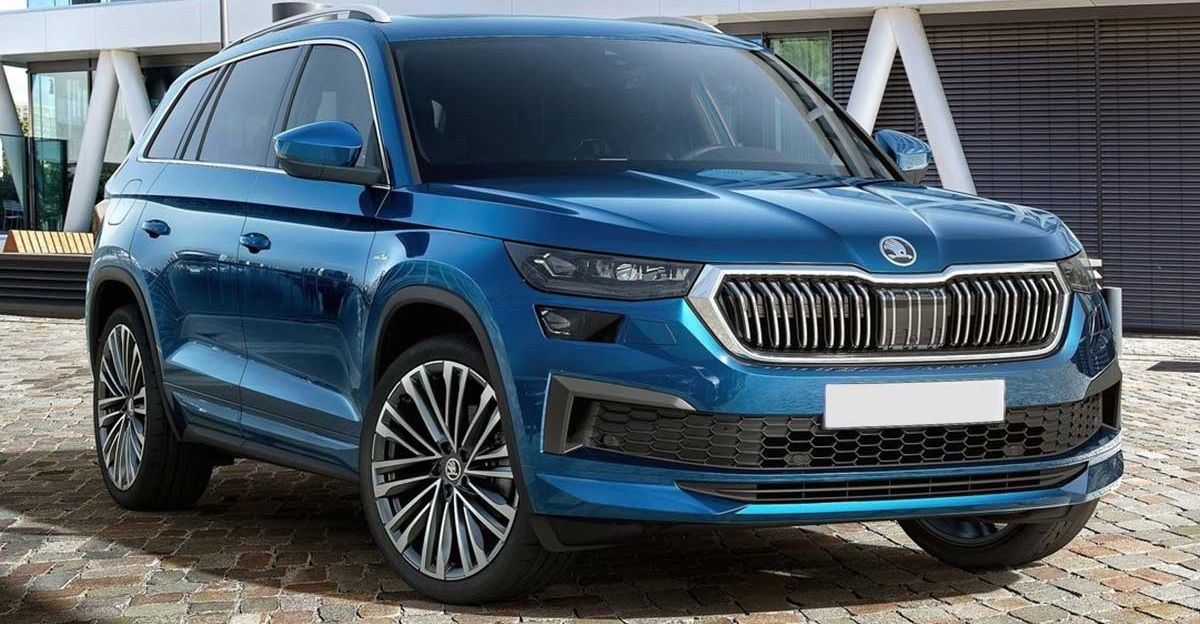 The Kodiaq has returned to the Indian shores after an absence of over four years and now comes with all-new styling and features while the biggest change being the switch to petrol only powertrain.

Skoda is planning a slew of launches for the Indian car market with renewed zeal to capture a bigger share in the rapidly increasing car populace of India. Here is the article regarding the resurgence of the Skoda brand in India with its India 2.0 plan and it being the main mass-market brand for the parent company Volkswagen, in India.

The Kodiaq Facelift went on sale overseas last year with its India launch also scheduled for last year but due to the production constraints the launch was postponed to January this year. Skoda had already started the production of the new Kodiaq at its plant in Pune and the SUV will be a premium offering from the Czech auto major.

Let’s see the changes in the 2022 Skoda Kodiaq:

The Kodiaq has received a major design upgrade, both to the exteriors as well as the interiors. The exterior design, of the Kodiaq now gets in line with Skoda’s new design language, having a sleeker and bolder looking front fascia.

The Kodiaq SUV gets the new and upright Skoda grille with a sculpted bonnet and re-designed bumper. The new Kodiaq facelift gets Skoda’s unique, full-LED matrix headlamps having integrated LED DRLs and the fog lights just below the headlamps.

The side gets new 20-inch alloy wheels as well as blacked out B&C pillars. The rear gets new roof spoiler with new vertical winglets adjoining the rear windshield for improving aerodynamics, which looks cool. There are new, large wrap-around crystalline LED taillamps with the Skoda name on the boot and a re-profiled bumper with chrome surrounds.

The facelifted Skoda Kodiaq in India, gets the biggest change under the hood, as the old 2.0L, 150bhp diesel engine is ditched in favour of the 2.0L, turbo-charged petrol engine (same as the Octavia and Superb), which makes higher, 190bhp and 320nm of torque mated to a 7-speed automatic transmission only.

Skoda will offer the SUV in three trims in India, namely- Kodiaq Style price Rs. 34.99 lakhs, Kodiaq Sportline price Rs. 35.99 lakhs and Kodiaq L&K price Rs. 37.49 lakhs, with all these variants having all-wheel drive as standard. The company will offer the Kodiaq as a 7 seater car only but the 5-seater version may get here at a later stage.

The price of the Kodiaq puts it in direct competition with the likes of the Toyota Fortuner, Mahindra Alturas G4, MG Gloster, Citroen C5 Aircoss and its sister car the facelifted Volkswagen Tiguan however it being a 7-seater has only the MG Gloster as a direct rival at this price point. This new addition will definitely shake-up things in the premium SUV segment where the Fortuner still reigns supreme despite its rivals being better value for money offerings.