The world is reeling from climate change due to global warming and voices about the phasing of the thirsty, polluting ICE engines in vehicles on the rise the manufacturers have finally started focusing on the electric vehicle market. The EV sales have steadily grown in numbers and with this space relatively new every company wants a big piece of this pie. 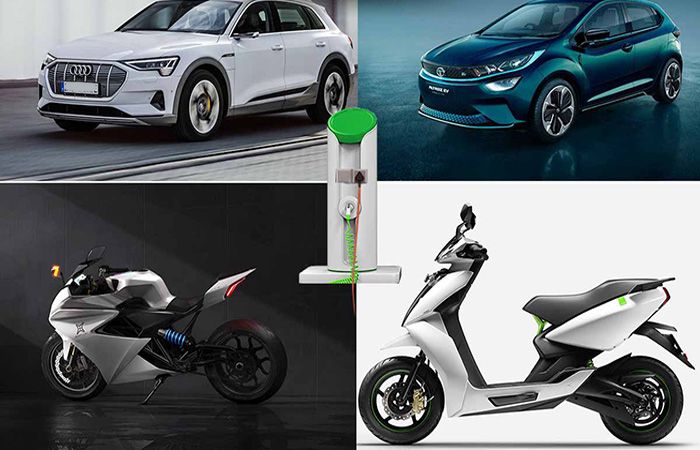 The Indian sub-continent has been slow to come to the party but it is now moving on with its plans to adopt electric vehicles and the Indian government has unveiled plans to go fully electric by 2030, which is an ambitious aim considering the fact that EV vehicles are still in their nascent stage here.

India, is the world’s fifth largest auto market, growing at a rapid pace and is projected to reach the third spot by 2030. This makes the Indian vehicle market space a lucrative business proposition for the auto manufacturers and with the ongoing electric revolution this market space is open for all to capture and establish a firm foothold here. 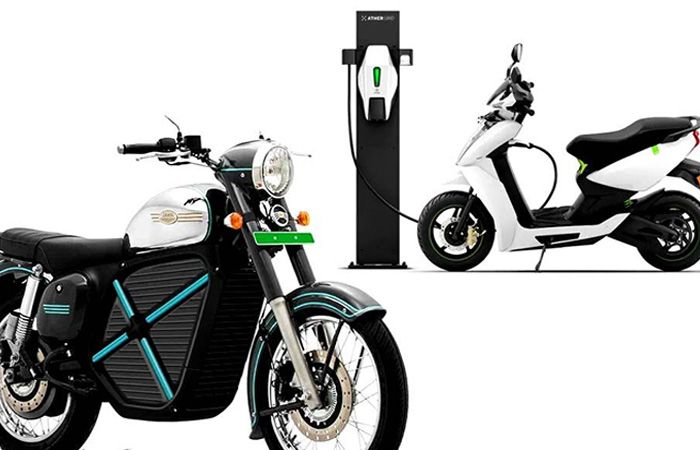 The EV market in India is gaining momentum with record sales this fiscal year and the trend is expected to continue in the near future with the improvement of the charging infrastructure, government incentives and newer products in the market. There are some manufacturers like Tata Motors, Hero Electric, Aether Energy who have made a head start but the competition is heating up with companies like OLA, Hero MotoCorp, Mahindra and Maruti Suzuki announcing plans to introduce new products along with the foreign giants like Hyundai, MG, Kia also looking to gain the upper hand.

OLA, the largest cab hailing platform in India has made a foray into the lucrative EV space with it announcing plans for both electric two-wheelers and electric cars in the future. OLA launched its first electric scooters the OLA S1 & OLA S1 Pro based on the Dutch company Etergo’s Appscooter, which was bought by it in 2020 for an undisclosed amount. This was a clever strategy adopted by OLA as it got a production ready product without any significant time spent on research by it. 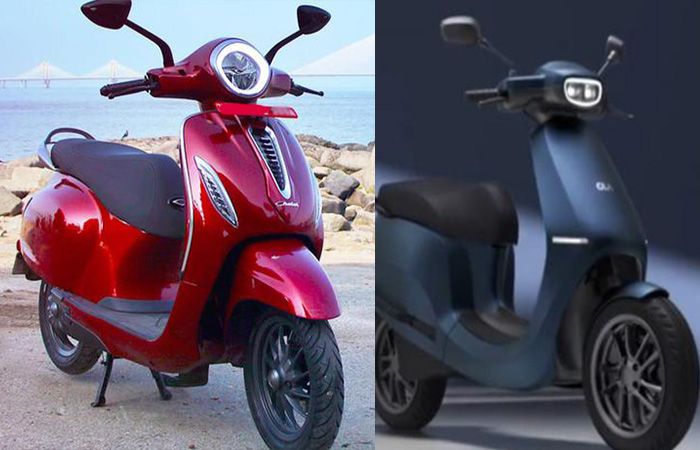 The S1 & S1 Pro, received overwhelming response from buyers as OLA sold over Rs. 1100 crores worth of scooters in its first booking window and now the company is looking to deliver its scooter from its brand-new state-of-the-art factory being built in Tamil Nadu having an annual production capacity of over 1 crore electric vehicles (yes, it’s true). The company has signed a Rs. 2,400 cr. MoU with the Tamil Nadu government for the land. Spread over 500 acres the ‘FutureFactory’ as OLA is calling it will be the largest two-wheeler manufacturing factory in the world with over 15% of the world’s two-wheeler to be produced there when fully operational. All this shows that OLA is serious in its charge of being the market leader in the Indian EV market.

Ather Energy, is a start-up which launched the first performance electric scooter in the Indian market, Ather 450X which was successful and now with its brand image established, the company have plans to go mainstream with new products aimed at the budget, mass-market segment. The company has a factory in Hosur, Tamil Nadu with an annual production capacity of 1,10,000 scooters and 1,20,000 battery packs.

The company has received funding from Hero MotoCorp, Tiger Global among a few with future investment planned on expanding its India operations from the current 27 cities and adding more charging points to its ‘Ather Grid’. The competition in the electric two-wheeler space is getting interesting with few other mainstream manufacturers like Bajaj, TVS also looking to launch new products. 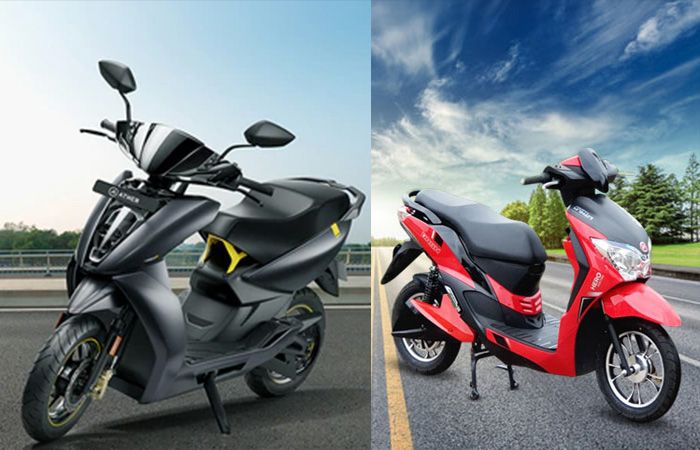 The Nexon EV, is the undisputed leader in the electric car market with it constantly clocking over 6000 units sales till now. Tata has recently launched the Tigor EV in India, consolidating its position at the top with 10 new EVs planned till 2025, thus trying to keep the largest electric car portfolio in India. Nexon EV was the car that essentially started it all in the Indian market with this zippy car being a better value for money target to the prospective buyers and with the tested ICE Nexon pedigree behind it.

Mahindra was one of the first Indian car manufacturer to bring in an electric car in the E-Verito but it was lost in the market due to its flailing battery technology and Mahindra’s reluctance to invest more in the research for better EV tech. Now the company has pulled out its tools and is ready to carve out a place for itself in the EV market space with upto eight new EVs planned till 2027 and it has enforced this plan by announcing an investment of Rs. 3000 cr. in EVs. This renewed focus will certainly help the Indian buyers to get more options in the electric car space with the company aiming to capture 15-20% revenue from its EV business by 2025.

The biggest jolt to the Indian manufacturers however, was the announcement by Tesla Inc. which is planning to enter India and have already registered an entity with the name Tesla India Motors and Energy Pvt. Ltd. in 2020.

The going for Tesla here in India will be bumpy because of the high import costs in India for CBUs (Completely Build Units), hence the company has asked the Indian government to lower the import duties on electric cars but, this has been protested by the Indian manufacturers like Tata and Mahindra, because they fear that, Tesla-one of the most valuable companies in the world, will have unfair advantage over the smaller Indian counterparts who are still developing EV tech, while Tesla is considered a pioneer in this regard with its Model 3 being the best-selling electric car in history.

What will happen in the future, time will tell but for now we have to wait and watch as the Indian EV market is going to get populated really fast with announcements of new products by established players as well as new-comers coming hard and fast. With the emerging Indian EV market a large pool of revenue in the future who will win this race to the top remains to be seen but rest assured we as customers can definitely hope for better and affordable EV products in the future.