Upcoming Electric Bikes and E Scooters in India in 2022

Upcoming Electric Bikes and E Scooters in India in 2022 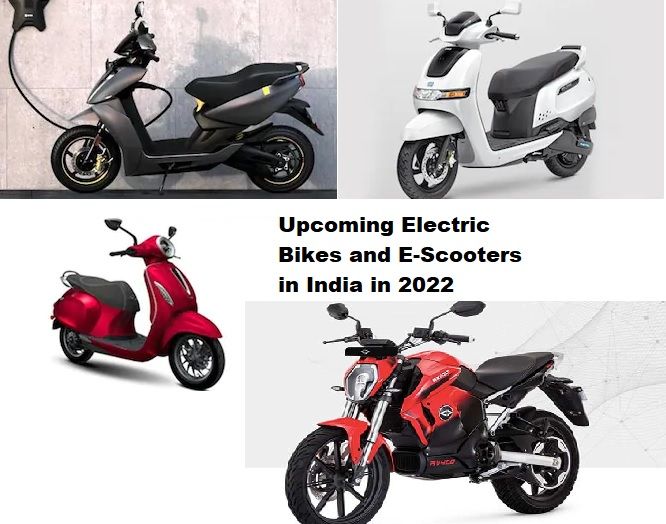 Upcoming electric bikes and e-scooters in India in 2022 which have already been announced for launch next year by the companies. The electric two-wheeler market in India is gaining traction with a great pace and going by the sales figures of EVs in 2021, the next year promises to be very fruitful for the EV makers.
The electric revolution in India is being carried by the electric two-wheelers on their shoulders and now that the manufacturers know it, they are ready with a slew of new and exciting launches in 2022 with new and disruptive players, all vying for a big bite from the electric market space which is still in its nascent stages in India.
Here are the Upcoming Electric Bikes and E-Scooters in 2022: 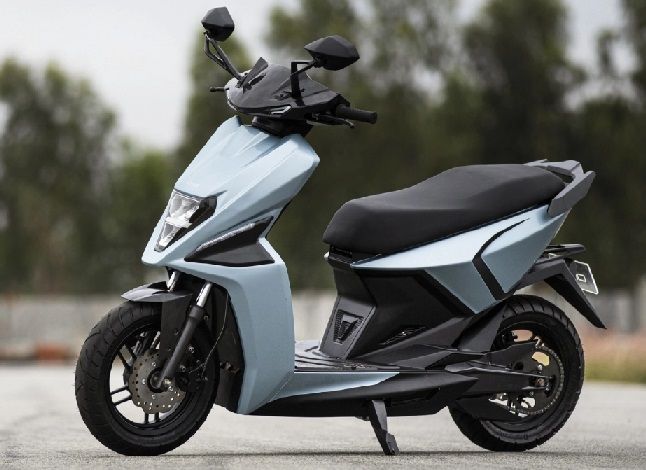 Simple Energy had unveiled its electric scooter, the Simple One on August 15 but its deliveries will start sometime next year. This highly anticipated e-scooter along with the OLA S1 and S1 Pro, promises to be a revolutionary product which can change the outlook of the Indian masses towards EVs.
The bookings for the Simple One are on for a token amount of Rs. 1947 and the company promises to start its test drives soon with it vigorously testing its product on Indian roads. The Simple One will have a 4.8kWh battery pack and a 4.5kW motor producing 72nm of torque and a 0-40km/h time of 2.9secs, with the claimed top-speed of 105km/h. The claimed range is 236 kms and the real-world range as claimed by the company is 203kms in Eco mode.
The electric scooter will have patented and in-house developed chassis and brakes with a kerb weight of 110kgs and a massive under seat storage of 30L. For charging the company has developed the ‘Loop’ charger for home charging and will be developing loop charging stations. The e-scooter takes 2.75hrs to charge from 0-80 from the home charger which is quick compared to the rivals.
In terms of tech the Simple One will get a 7-inch touchscreen display with 4G and Bluetooth connectivity. It will also get navigation, call and music controls too with vehicle tracking and Tyre Pressure Monitoring System (TPMS) as standard. Simple Energy will launch its app also, which will have geo fencing, remote access, ride stats and OTA updates among other features. 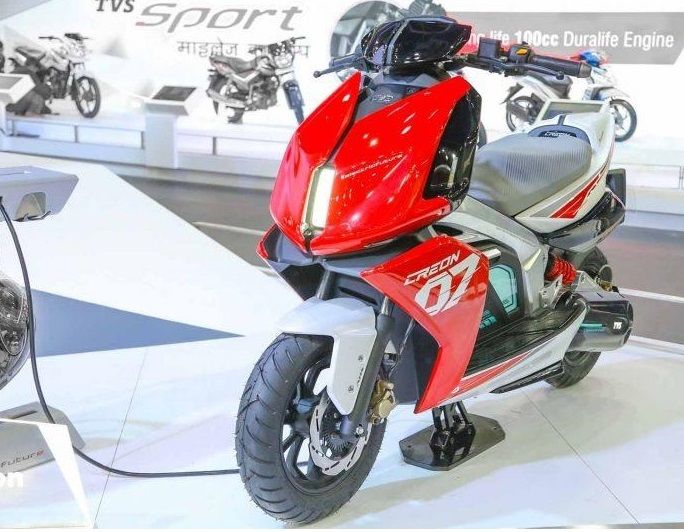 TVS Motors will launch an all-new electric scooter next year but the company already have an electric scooter in their line-up, the TVS iQube, which hasn’t put the sales charts on fire.
The iQube is just like any other conventional scooter apart from the fact that it has a battery pack and an electric motor instead of an engine. It has a 2.25kWh battery pack making 4.4kW and 33nm of torque and a range of 74km (in eco mode) and 48km (in power mode) and TVS iQube price is Rs. 1.10 lakhs, but the new electric scooter will be a radical design based on the TVS Creon concept and will have bigger and better battery, motor and range which will rival the likes of the Aether 450X, Simple One, OLA S1 & OLA S1 Pro. 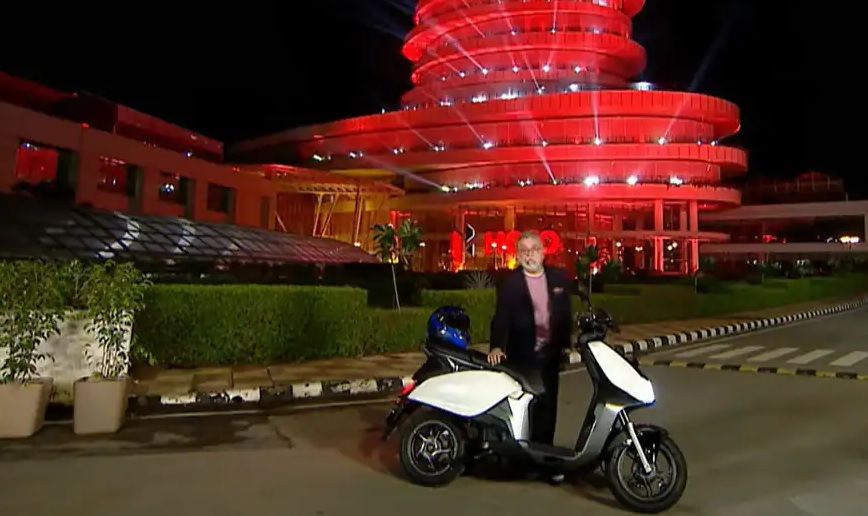 Hero MotoCorp-the world’s largest two-wheeler manufacturer is yet to join the electric bandwagon but it is ready with an all-new electric scooter for the Indian market in next year. Hero MotoCorp can’t use the Hero name for its electric business due to trademark violation with the Hero Electric company, thus it will launch its E scooter under a new brand name.
Hero MotoCorp has trademarked the name VIDA and this may well be the name for its electric branch of products. The company virtually showcased the prototype in August which will be manufactured from its latest plant in Chittoor, Andhra Pradesh called the ‘Garden Factory’ with a March 2022 launch announced by the company.
From the brief glimpse during the virtual show-case we could make out that the e-scooter will have a conventional scooter silhouette and a mid-mounted motor, LED lighting, alloy wheels and telescopic front forks. The electric scooter will rival the Bajaj Chetak and TVS iQube upon its launch. 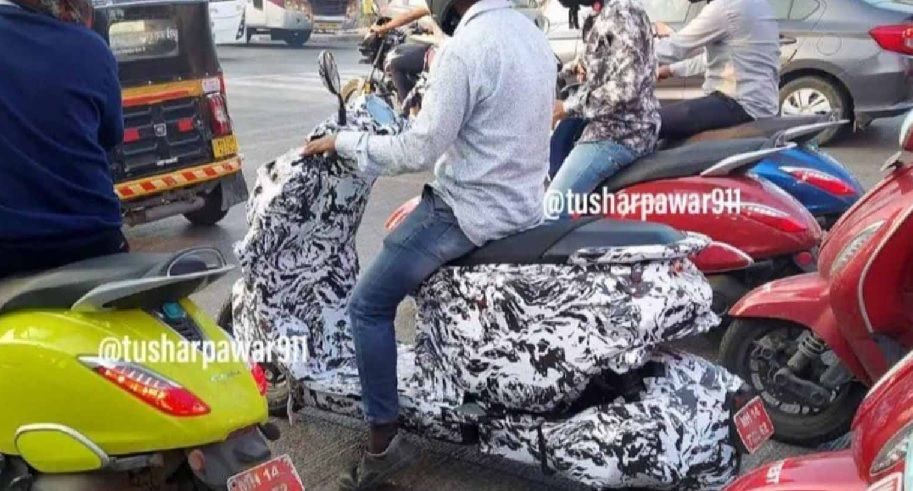 Bajaj is also testing its new e scooter which will be a premium offering over the Bajaj Chetak which hasn’t managed to garner the sales that the company was hoping for but it is ready with this new electric scooter which has been seen, testing a few times and going by the spy pictures it will be much bigger than the Chetak and will get split seats, new grab rail and a bigger motor and battery pack.
The current Chetak Electric has 3kWh battery pack which makes 4kW of peak power and 16nm of torque and a claimed range of 90 km (eco mode). The Bajaj Chetak price is Rs. 1-1.15 lakhs and since the new electric scooter looks to be bigger and more premium than the Chetak it will be expensive than it. The upcoming E-scooter from Bajaj will rival the same competitors from Aether, OLA, Simple Energy and TVS.

Suzuki is testing an electric version of its Burgman Street and looks ready to commence its EV journey in India. The test mule of the electric Burgman Street has been seen quite a few times and the company may well launch it early next year.
The overall design of the e scooter looks similar to the ICE version except that it uses a twin-shock absorber setup at the rear. The battery pack and other details are under wraps but going by what the competition is offering the battery will be around 4kW and the range will be around the 100 km mark. The petrol-powered, Burgman Street price is Rs. 86,000 so expect the electric scooter to be pricier by about 20-25 thousand. The Electric Burgman will rival the TVS iQube, Bajaj Chetak and Hero Electric scooters. 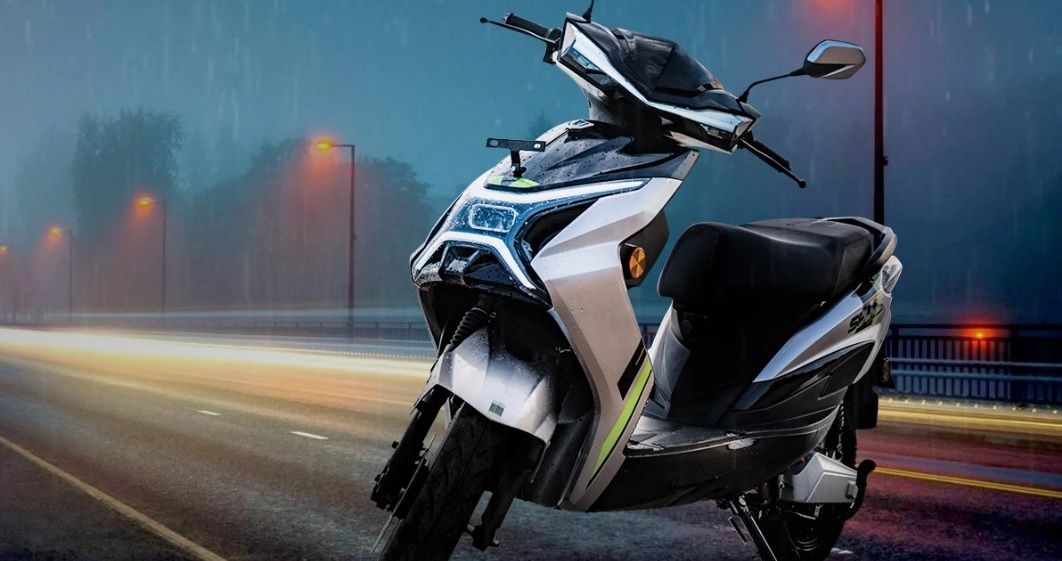 Eeve India, a subsidiary of the Bharat Group which is based out of Odisha has unveiled its latest entrant into the electric scooter market called the Eeve Soul. This latest e scooter has a very modern design which looks sporty and attractive with two large LED DRLs in the X-shaped housing in the front body panel and LED headlamp enclosed between the DRLs.
The Eeve Soul will have features like keyless access, GPS navigation, reverse mode, geo fencing, cruise control, hill hold assist, Bluetooth and many more. The e scooter will be powered by a 1200W motor with a claimed range of 120 km in eco mode and 3-4 hours of charging time. The battery pack will be detachable and placed under the seat. The Eve Soul will go up against the Bounce electric scooter which also has removable battery pack and the Bounce Infinity E1 price is Rs. 68,999 and a cheaper version with the unique ‘battery as a service’ subscription at Rs. 48,099. 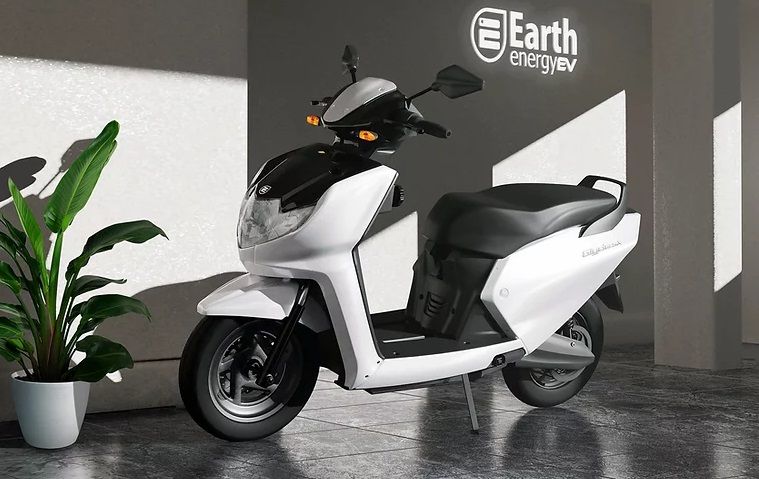 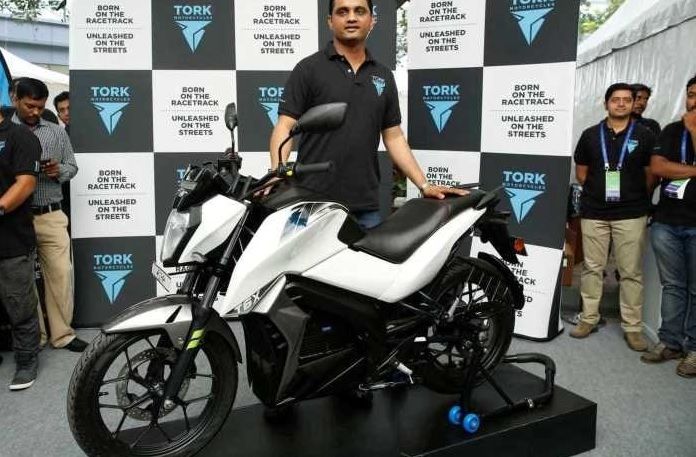 Tork Motors, was the first electric bike company in India way back in 2016 but due to production and financial issues the company wasn’t able to go into production, but now, the company is ready for a re-launch in 2022.
The Tork T6X was the first offering from the company and it will start deliveries next year but the new bike will be totally different from the one showcased by the company earlier. The new T6X will get new LED light designs, new switch cluster with a larger battery and motor.
The original Tork T6X was powered by a 6kW motor making a claimed 27nm torque with a top speed of 100km/h and a range of 100 km but now according to the CEO of the company next year the bike will be launched with more power and range thus improving on the above-mentioned figures. The earlier Tork T6X price of Rs. 1.25 lakhs may rise as it’s been more than 4 years since the announcement. The electric bike will rival the likes of Revolt RV400 and Joy e-Monster e-bikes. 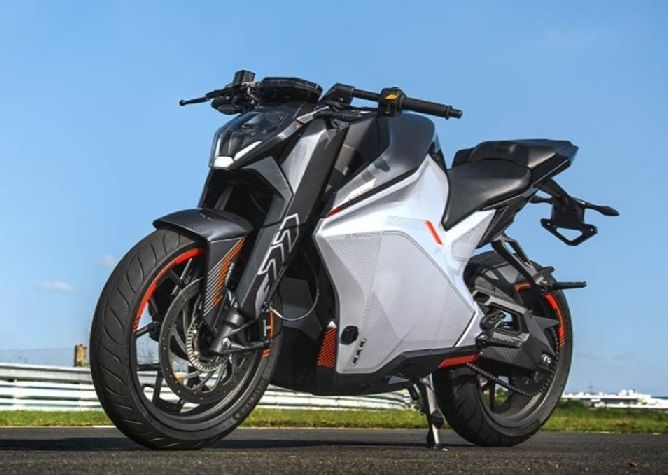 Ultraviolette Automotive is the company which has chosen to make its own path in the electric two-wheeler space. When every manufacturer is focussing on the commuter segment, Ultraviolette has plans to rock the performance-oriented sports bike market in the 300-500cc engine capacity.
Ultraviolette F77 is the electric sports bike from the company which has backing from TVS Motors. The F77 is ready for launch next year with the company readying its production facility which will have annual production capacity of 15,000 units. The Ultraviolette F77 will have a radical new design for a sports bike and will be an amalgamation of a naked and fully faired bike.
The F77 will have 25kW of power and 90nm of torque with a 0-60km/h time of 3.0 secs. The claimed range from the 3 removable battery packs is between 130-150kms and a top speed of 147km/h with charging from a normal 3-pin socket taking 3hrs for 0-80% and 5hrs for 100% charge while the charging times from a fast charger is 80% full in under 50 minutes and 100% charge in under 90 minutes. The bike will have advanced tech features like changing riding dynamics, GPS navigation, remote access, customisable ride modes and dual-channel ABS. The Ultraviolette F77 does not have any direct competitors in the electric market space but it will challenge the traditional ICE bikes in the 300-500cc category with its revolutionary design and modern technology.